In early still photography, a light leak was a problem to be avoided.

Stray light leaks occurred when a camera negative didn’t have enough light protection or when a roll of film was accidently exposed to streaks of random light. Light leaks tended to be orange or red because of this accidental exposure. Black tape was often used to protect cameras from extraneous light.

Light from leaks is typically diffuse, though parts of a camera cast shadows or reflected light in multiple ways. What was once a problem became hip when the Lomography film movement, which uses cheap analog film cameras, turned light leaks into a plus — offering images character and a retro look. 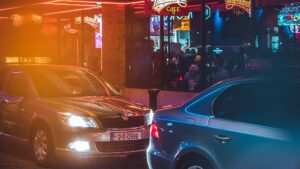 That vintage film look caught on with modern video producers. This time light leaks are done on purpose. Light leaks, which can be achieved in production or post-production, cast a soft light on an image with a hard shadow. It can give a scene a vintage, dreamlike effect and make an excellent transition shot.

Performing a light leak in video is one of a bag of special effects used today by camera operators. The effect is created by overloading the camera’s sensor to create video footage which is then overlaid with a light leak template video. Using red, orange or yellow hues can make creative light leaks. Since light leaks can be unpredictable, they require a bit of experimentation to get the exact look one is seeking. 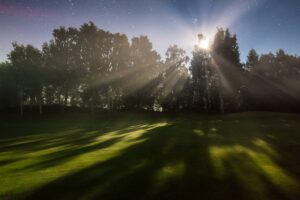 Next, use an object to completely cover the lens of the camera. This object must offer total light control. A blocking object with varying translucent qualities determines the look of the image. A more translucent object will produce a better light leak. This could be thin scarf or a transparent crystal. Covering the lens entirely with totally black material — say a piece of black gaffer’s tape — creates a weaker leak effect.

For the most effective results, record several video clips with different variations of the effect. Most light leaks will either appear from the top or the sides of the image. Leaks can be recorded by covering and uncovering the lens for creative transitions between clips.

Light leaks can be achieved with nearly any video camera, including an iPhone. Using the iPhone’s camera application, tap, hold and lock the exposure, focus and then turn up the exposure. The technique is that simple. 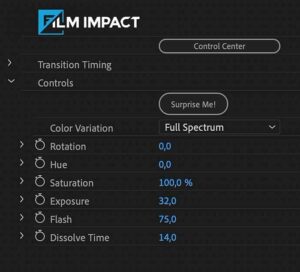 Once the desired light leak has been recorded, the process moves to post-production. Here, you can enhance the leak by adding some overlays directly to the image. Video editing software also allows the management of the various video parameters and the length of the effect. 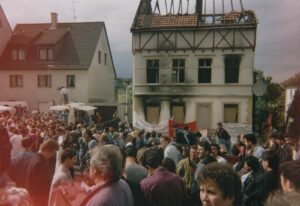 In post, editors can play with the color variation, hue, temperature and saturation. In certain applications, the source of light can be rotated so it doesn’t cover important information in the scene. Some editors’ now offer a “surprise me” feature that automatically generates random versions of light leaks. Images can be adjusted in a number of ways to suit the user’s personal preference.

It’s an irony that what was once a photographic flaw is now a coveted special effect for videographers. Light leaks produce a texture that can add a nostalgic flavor to the mood of a video image. They are a valuable addition to any videographer’s toolkit.