Compelling soundtracks are essential for powerful video stories. It was long ago proven that to hold the attention of an audience, the quality of audio is more important than the quality of video. Creating powerful audio tracks is an art form and there are a myriad of useful effects available to video editors. Two of the most important are EQ (for equalization) and compression. 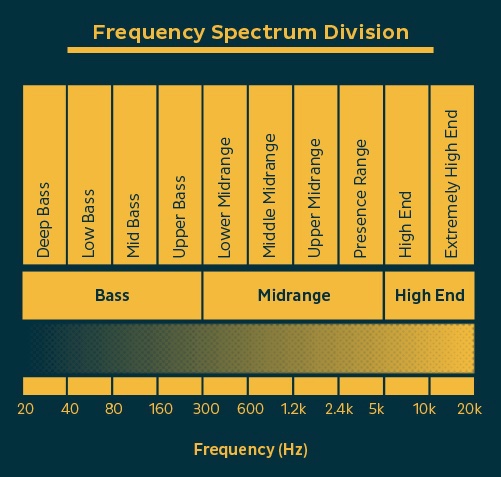 Essentially, EQ is the process of adjusting the volume of different frequency bands within an audio signal. The processing is done through an equalizer — either a software plug-in or outboard hardware device. The bass and treble controls on a high-fidelity receiver are a simple form of an equalizer.

Using EQ on audio goes back to the earliest days of radio broadcasting. It was first used by John Volkman while working on motion picture sound systems at RCA in the 1920s. From then on, EQ has gotten progressively more sophisticated. 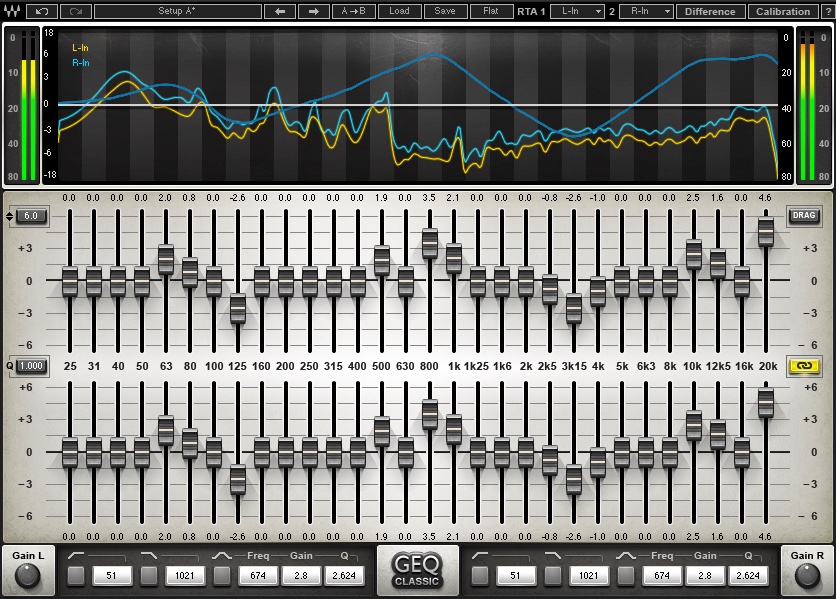 The audio signal is essentially sent through a group of filters in a graphic equalizer. Each of those filters passes a portion of the audio signal to its own frequency band. The amplitude for each filter is adjusted using a slide control to boost or cut frequency components.

The position of each slider shows the amount of gain used in that filter band. This makes the controls appear as a graph across the frequency spectrum. Thus, the name graphic equalizer.

Multi-band variable equalizers are known as parametric equalizers. These allow editors to control amplitude, center frequency and bandwidth. Each band on the equalizer can be widened or narrowed. 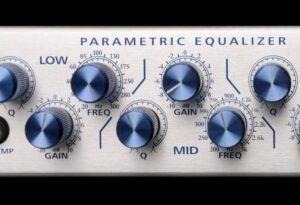 More precise adjustments can be made with parametric equalizers. Another version is the semi-parametric equalizer, also called a sweepable filter. It allows editors to control both the amplitude and frequency. However, it uses a pre-set bandwidth of the center frequency.

People hear audio frequencies roughly between 20 to 20,000 Hertz. All sounds that humans can hear fall somewhere within that frequency spectrum. An equalizer slices the spectrum into “bands” that can be used to lower or raise parts of the soundtrack.

This EQ process is often used in the mixing of the sound track. It gives the editor the power to carve out space in the frequency spectrum for each sound in the mix. Without EQ, the mix can sound dull or muddy due to certain sounds masking each other.

The second key audio technology is dynamic range compression, the reduction of the tracks’ dynamic range. (This should not be confused with data compression.) Using a software or hardware compressor, the process reduces the volume of loud sounds or amplifies quiet sounds, thus reducing an audio signal’s dynamic range.

Compression is used in virtually all sound applications, not just for video tracks. It’s employed in on-air broadcasting, feature films and live sound reinforcement. Compression plug-ins are now a staple in most digital audio workstations.

Compression and limiting are similar in process but different in the perceived effect. A limiter is a compressor with a high ratio and, generally, a short attack time.

Increase the volume of quiet sounds below a certain threshold with upward compression. The higher volume sounds above the threshold remain unaffected.

Some compressors have the ability to expand the sound. When expanding, the compressor actually increases the dynamic range of the audio signal. Expansion is also available as both downward and upward.

When compression is applied to an audio signal, the quieter parts of the signal are boosted and the louder ones are attenuated.

Compressors lower the volume of loud peaks. This allows the editor to bring up the gain of the whole signal without clipping. When done correctly, compression makes the track sound punchier and tighter. It also allows more average loudness in the track. Do it wrong and compression can sound crunched, dull and noisy.

Compressors can also add a unique color to soundtracks. Vintage compressors are chosen to help editors “paint” the desired characteristic of their audio. Overall, using compressors in the correct way offers a more polished and punchier sound without clipping.

Compression allows editors to get more overall average loudness and keep the peaks in check. By reducing the dynamic range of specific segments of audio, the editor can better balance levels in a mix.

EQ and compression are basic and very popular tools for building compelling audio soundtracks. They can make the difference in “wow” sound for any video story.