When creating any video scene, the videographer is sculpting light and shadow. The addition or subtraction of light is what shapes an image and makes it either compelling or not for the audience.

One of the most common techniques used today is high key lighting, a style that creates a bright video frame with soft illumination, minimal shadows and low contrast. Highlights make up most of a high key lit frame. The opposite of this type of lighting is low key, which has the characteristics of higher contrast and darker shadows. 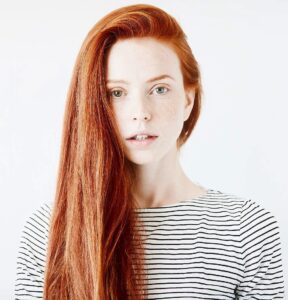 High key lighting, often used in comedies, sitcoms, commercials and corporate videos, creates the sensation of a cheerful, positive mood in a story. Its common elements are minimal shadows, low contrast, even illumination and a frame full of highlights.

The use of high key lighting goes back to the earliest days of television and film production. Limitations of imaging technology made it difficult for early producers to process images with high contrast ratios.

This technical limitation caused early projects to use lighting techniques on opposite ends of the lighting spectrum. High key and shadowless lighting was used on early sitcoms, like I Love Lucy, while low key and high contrast lighting was often used on film noir and drama projects.

The pioneer of the high key lighting style was Karl Freund, a noted early film cinematographer. Famous for his use of dramatic lighting on The Mummy (1932), Dracula(1931) and the classic Metropolis (1927), Freund changed course when he became the director of photography for the I Love Lucy sitcom on CBS beginning in 1951.

Freund confronted the challenge of shooting the first scripted sitcom with an ensemble cast in front of a live audience with a 35mm multi-camera film setup. For this, he created high key lighting.

The bright lighting configuration required minimal changes from scene-to-scene. It resulted in saving both money and time. And it worked extraordinarily well. In 2012, I Love Lucywas voted the best television show of all time in a network survey.

Today, with the technical limitations history, high key lighting is used mainly to create a joyful mood in a production. It refers to the stronger power of the main light relative to others being used in a production. In most cases, very little shadow is in the resulting image.

The main idea in using the high key lighting technique is to reduce the ratio of light in a scene. It can be also used to isolate the main subject and remove other distractions from the picture.

High key is also quicker, easier to achieve and less costly for producers. Adjustments from scene-to-scene are minimal and shooting can be done much faster. The downside, of course, is such lighting lacks the dramatic elements and emotional quality of more sophisticated use of light and shadow.

In addition to lighter television fare, high key lighting is often used for a range of modern actuality video productions and photography. When a subject is shot against a bright background, it appears more attractive and higher in quality. 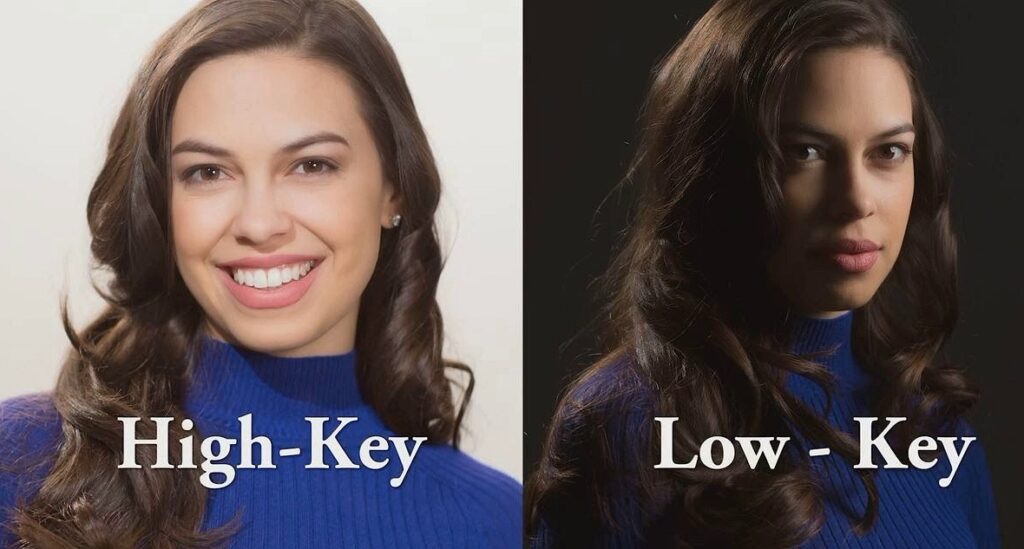 Portraits, baby images and wedding videos are often shot this way. It makes the subjects appear more active, energetic and positive. The technique is often used to highlight romantic feelings between two people. 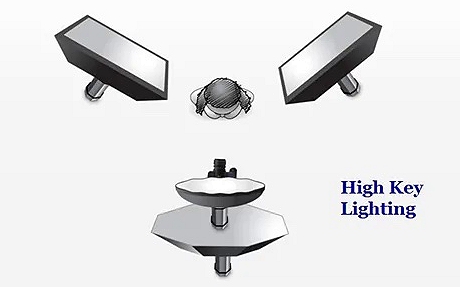 High key lighting is simple to create. It typically uses a basic fill and backlight to create a low contrast between the brighter and darker parts of the image. The goal is to mix large light sources and soft shadows. 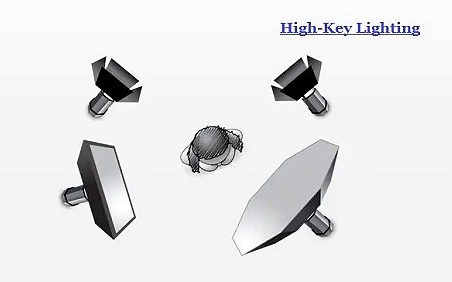 A four-light setup can be used to remove even more shadows from an image. In this case, add a fourth light opposite the key light, which can be moved further from the subject.

It’s important to make sure the subject isn’t overexposed. Never put the light source directly in front of the subject, which will flatten the image.

Shadows give an image added dimension, so while the goal is to keep them at a minimum, there still should be a very soft shadow on the subject. The decision of how much is a very fine line.

Knowing about how to use high key lighting is essential for all videographers. This lighting style often lacks the emotional or dramatic meaning that some productions require, but it can be useful in the right situations where a bright, cheerful look is sought.