Since the introduction of non-linear editors and affordable digital editing platforms, an entirely new generation of content creators has grasped the independent filmmaking and video production industry. Although the technology is widely available, there are still techniques that mark a subtle line between amateur and professional editors.

One of those techniques, the L and J-cut, is a very simple yet powerful way to make the simplest of edits smoother and more impactful in storytelling.

What Are L and J-Cuts? 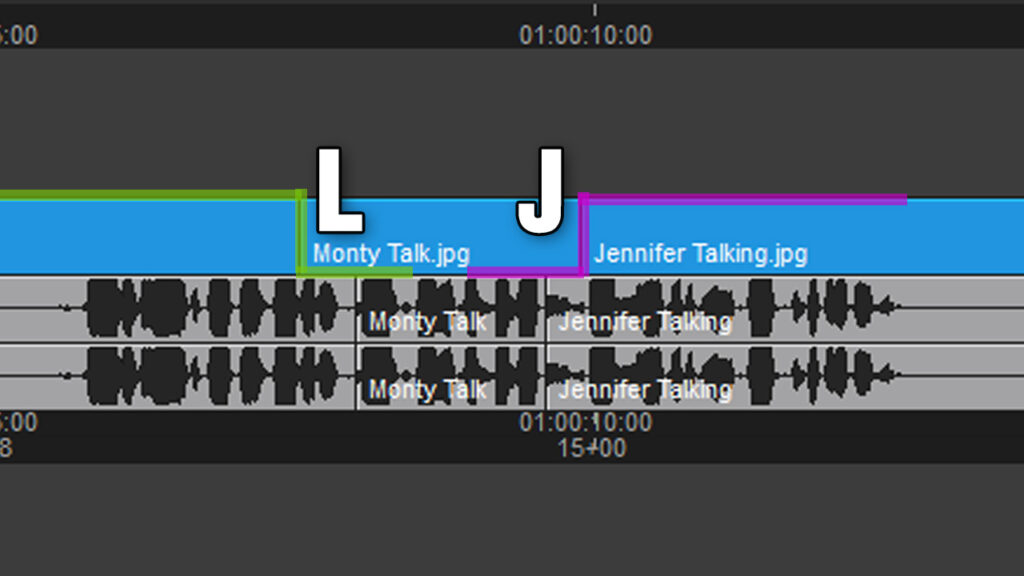 At the foundation of film and video editing is the concept of splicing shots together to compose a sequence of images and sounds to tell a story. In a typical dialogue scene cutting back and forth between each speaker helps convey a more intimate interaction between two characters than a general wide shot would. L and J-Cuts make this interaction smoother and help keep the viewer engaged.

The concept of this editing technique is to have the audio of one source clip playing while we see the other source. An L-Cut is when we cut away from “Source A” visually, but you still hear the audio while looking at “Source B.” You still hear audio from a preceding clip playing over the next shot.

A J-cut is a reverse concept. The audio from the next sequential shot begins to play before visually cutting over. You hear “Source B” audio while still seeing “Source A.” The terms L-cut and J-cut derive from their visual representation on the digital timeline.

There is no problem with cutting audio and video sources simultaneously. However, it may draw more attention to the edits and even become jarring over time. Using L and J-cuts makes the edits psychologically smoother and less noticeable to the viewer.

The L and J-cut method has been a tool in the filmmaking toolbox since sound was introduced in film. The Jazz Singer was released in 1927 and is notable for being one of the first films in cinema history to include sound. This film was remarkable enough for its time and inserted select sequences in which recorded musical performances were synchronized with the movie on the screen.

Even in this earliest of examples, the L-cut was utilized. In one scene, actor Al Jolson is on stage directing his bandmates into position, and the camera cuts away from him to a shot of the crowd finding their seats, but his audio continues to play over the next shot.

From the moment sound entered the filmscape to modern blockbusters, the L and J-cut remain a simple yet powerful editing tactic.

The concept of L and J-cuts is rudimentary, but there are several ways to use the technique to bridge visual changes using audio creatively seamlessly.

One of the most common usages is hearing characters talk over wide establishing shots. Imagine a wide flyover of New York City. We begin to hear two characters talking to each other before the shot visually changes to see a couple walking together down the sidewalk. This J-cut psychologically set our expectations of what was coming while at the same time establishing the scene. We are already invested in the conversation, so the transition is smoother. 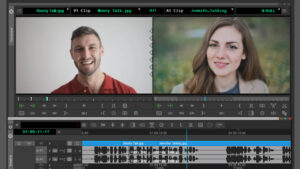 L and J-cuts are also handy for cutting between talking head shots and B roll. An interview subject may be on camera describing their role in a factory. Suppose you keep their audio playing when cutting to the factory footage and slowly fading up the natural sound. In that case, that is a much smoother transition than simply cutting to the factory clip with full volume (and less jarring!)

This technique can also be a very effective way to switch between interview subjects using the same method. The first person speaks, and then the footage cuts to the factory clip. We could then cut to the second person for their turn to speak, which would work fine. However, if we heard the second person begin talking over the B roll and then cut to them on camera, that would be an example of an L and J-cut being used consecutively to bridge the edits.

A widespread but less noticeable application is during a dialogue scene that alternates back and forth between two characters. Watch your favorite film and see how often you hear the other person start to talk before the camera cuts to their frame (or listen to them still talking when the shot reverses). 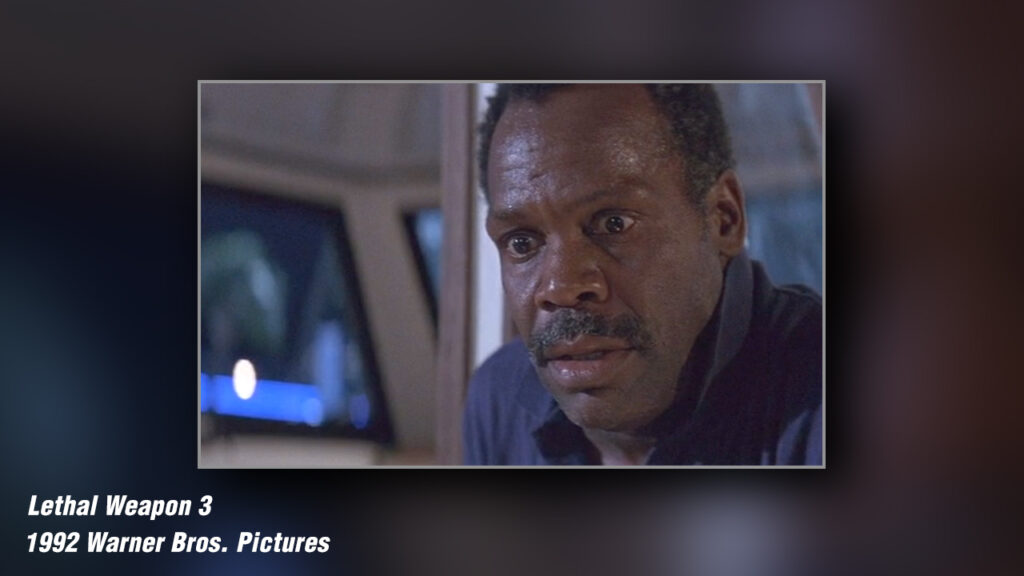 An excellent example of this is 1992’s Lethal Weapon 3. In a heated emotional scene between Riggs (Mel Gibson) and Murtaugh (Danny Glover), the L and J-cuts are used extensively in the back-and-forth exchange. This technique makes the edits smoother and shows us the reactions of Gibson and Glover, and the scene becomes far more emotionally impactful.

And this isn’t limited to just dialogue, either. L and J-cuts can be effective with ambient sound effects. Indiana Jones reacting to the sound of the giant boulder rolling his way or Alan Grant looking off-screen towards the dinosaur roar are great examples of this. Hearing the danger before we see it can be a great way to build anticipation and retain audience engagement.

Many beginning editors and filmmakers tend to overlook this technique. While it may seem like an elementary lesson from Video Editing 101, it is a paver in the bridge from amateur to professional editing when used correctly.