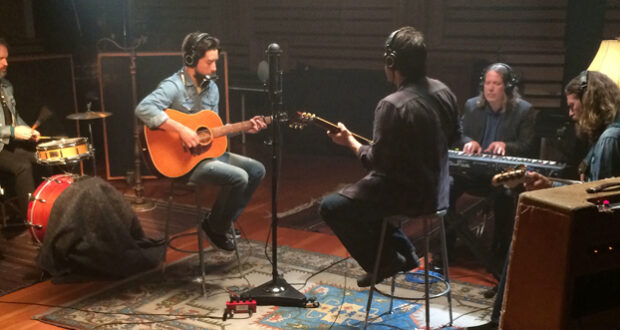 There is an interesting difference between the progression of video and audio technology. The quality of video keeps improving on a steady basis as new products come on the market. Audio is the very opposite — some old, vintage analog gear sounds much better than its modern digital equivalent.

One of the finest musical recordings I ever heard was a master tape of a Frank Sinatra session using a 70-year-old Neumann U47 microphone and an ancient custom-built mic preamplifier from 1947. The sonic quality was magical.

Shure’s Model 55 dynamic mic, often dubbed the “Elvis Mic,” was introduced in 1939 and is still made today. I heard a demo where one of the original 1930’s mics was compared sonically to a new model of the same mic. To my ears, they sounded absolutely the same.

Then there are ribbon mics — one of the oldest categories of microphone in use today. In the 1920s, ribbon microphones were invented by Telefunken, the German company. RCA began making ribbon microphones in the 1930s for the American broadcasting and recording industries.

From the mid-1930s through the mid-70s, most music recordings and broadcasts were made using ribbon microphones. The design of a ribbon mic is deceptively simple. The transducer consists of a thin strip of corrugated aluminum suspended loosely between two magnets connected to a transformer. The tension of the ribbon is then set to the proper specs. That’s it! 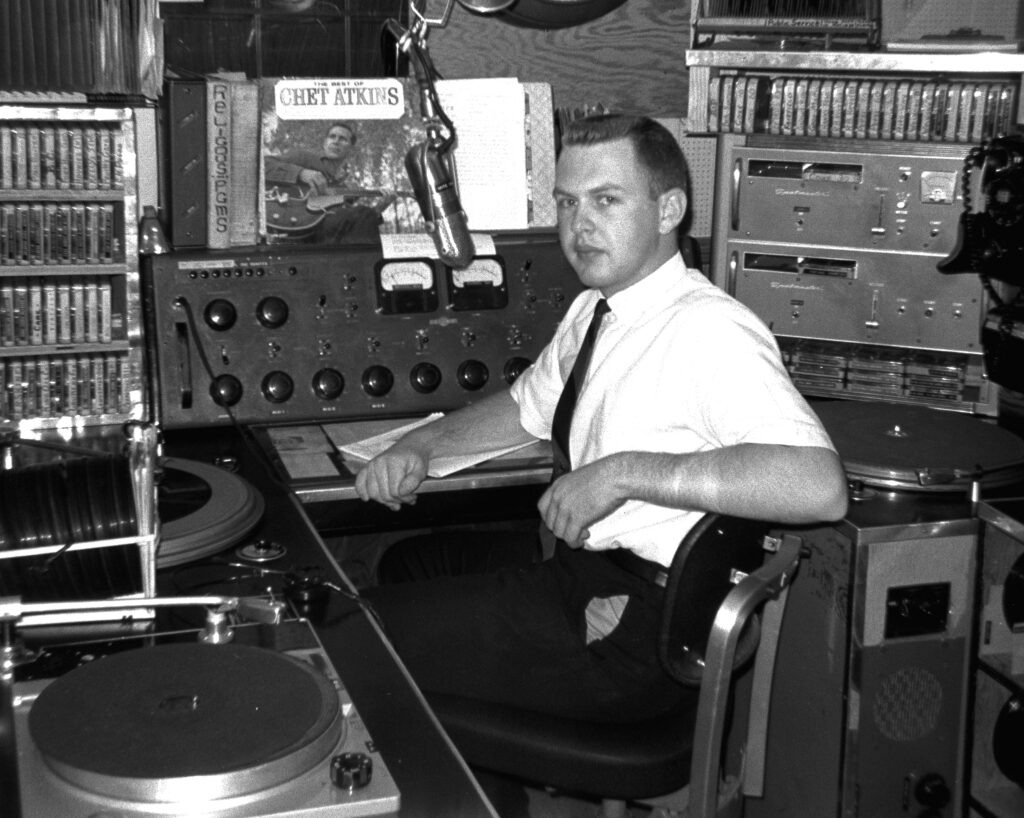 When I was a kid in high school in the 1960s, I worked at a local South Carolina radio station. We used RCA ribbon microphones. I learned quickly that by speaking close to the RCA 77DX announce mic, the proximity effect gave me that rich “voice of God” effect. No wonder those RCA mics were so coveted by announcers!

In the small studio at our station, we had a single RCA 44BX on a very heavy mic stand. That was necessary because the 44 weighed a hefty 8.5 pounds. With this iconic mic, we did live music shows with country and gospel performers working both sides of the massive chrome grill. It was hard to go wrong with a 44. Many of the performances I recorded with members of Bill Monroe’s blue grass band are still playing on jukeboxes today.

During the 1970s, recording methods changed. Analog sound quality on magnetic tape dramatically improved. Condenser microphones, whose resonant frequency response is in the range of vocalists, became popular. Condensers were “hotter” and gave a crisper sound. Ribbons fell out of favor and RCA quit making all microphones in the mid 1970s. 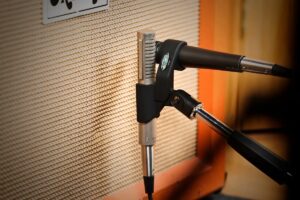 A Royer ribbon on a guitar cabinet

Then, in the 1990s, ribbons made a comeback. Today, the microphone market is flooded with brands of new ribbon mic designs. So why did ribbon mics loose favor for a while and are now making a comeback?

Today, ribbons coexist with condensers and dynamic mics as unique tools to “paint” the character of sound. Think of microphones as sonic paint brushes. Each microphone type has a distinctive sound.

Compared to the more exaggerated sound of condenser mics, ribbons have a darker quality with less high-end sound. In using terms like “dark” and “bright,” recordists understand the differences and learn where each type of mic can work to benefit their project. 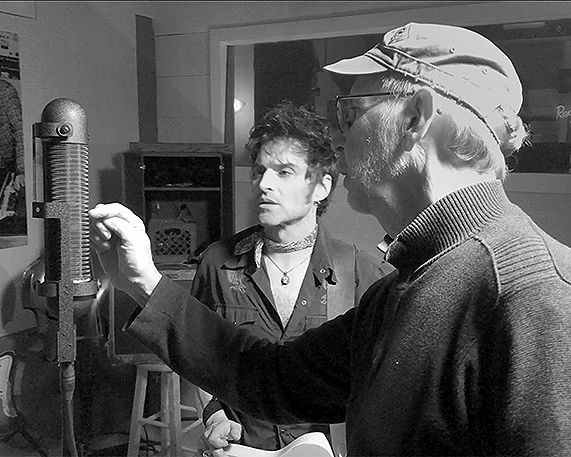 One unique use of ribbon mics is on single, stereo mic recordings for video. John Cuniberti has created a “OneMic” series of music videos using a single AEA R88 stereo ribbon mic. The 4K videos are shot by Nathaniel Kohfield, a filmmaker.

The sound, balance, dynamics and stereo image are decided upon at the moment of creation, not in post-production. No editing of the audio or video is allowed. It’s as honest as it can be, including imperfections.

The OneMic series demonstrates the power of the minimalistic recording process of the 1930s, but is captured on modern recording equipment. “Give an artist a blank canvas and watch what happens. That’s all I do,” said Cuniberti.

In the sea of microphones manufactured today, the key challenge is to distinguish between the attributes of mics for each application and know how a specific mic fits in the modern audio and video recording chain.

Each microphone — from the cheapest to the most expensive vintage model — is a distinctive tool with its own sonic character. It allows the skilled recordist to create a unique sound signature for a production.