Using stock media in a video production — though very useful when needed — can unfairly give the producer a bad reputation as being unprofessional. When selected carefully and used judiciously, however, stock media can not only save the day, but enhance the value of many productions.

It’s like everything else — how stock media is used most important.

Mindless overuse of stock media, which includes video, music, effects, titles and other elements, has had a terrible reputation for a long time. Yet, today almost every professional video project on television or in the cinema uses some form of stock media. Use it correctly and it can bring value to any story.

Stock media can be hard to spot when properly used. The trick is matching the right stock elements to your production. Stock media can appear seamless or not, since quality varies so widely. Finding the right library for a subscription or purchase of media is essential.

Some productions may dictate a smaller library of higher quality media. Others may demand a wider variety of choices. Licensing is also an important consideration. When searching for the right image or sound for a certain scene, decide the type of license needed and consider the restrictions on the media. This is often determined by how the final production is distributed. 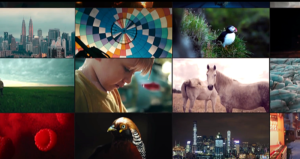 Read the fine print when you buy stock media. It is easy to make false assumptions. It may be as boring as reading an insurance policy, but it is better to know of any “gotchas” up front. This can avoid litigation in the future.

Finally, to save hassle, find a stock provider who also takes care of licensing rights. Unless you have an entertainment lawyer on retainer, this can save money. It also answers legal questions as to whether your stock content has online rights, television rights or how many home video copies are allowed. This can get complicated fast.

Also, check the technical quality of the media, especially from free sites. It needs to match your existing production quality or can stand out like a sore thumb. Some good sources for free stock video footage are Pixabay, Videovo, Pexels, and Freesounds.org for music.

Be aware that even free stock media usually comes with a license that can limit the use of it. The most common is the Creative Commons Share Alike license. Since we live in a very litigious society, be aware of the provisions limiting the use of the media to avoid legal issues in the future.

Use of stock media is often reflected in the budget. If a production needs scenes of wildlife in Africa or volcanos in Hawaii, you either pay to go there on location to acquire the footage or pay a lot less to use stock images. 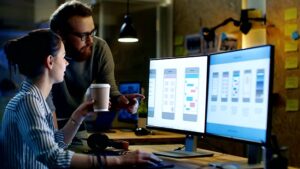 The most difficult question for many producers is where to find a specific shot, effect, sound or music element that is needed. For video, one way is to find another videographer who has shot the needed scene and pay him or her to license the footage for your production. In the past, I have traded to someone who has footage I need in exchange for my footage that they need. This kind of barter deal if often a win-win for both parties.

Mostly, producers buy stock media from a reseller business. These clearinghouses purchase thousands of media assets from all over the world and then resell them to producers. These include Envato, who markets video clips, and to MegaTrax, who does the same with music. Getty Images and Adobe are other big players in the stock media space.

Even when a producer purchases footage from a clearinghouse that takes care of all the licensing, be sure to follow the restrictions on the footage carefully.

For example, ShutterStock’s video license allows their stock footage to be used online or during live events, but not for television broadcast, theatrical release or live streaming. A creator may initially intend to produce a video for the internet, but later it gets picked up for broadcast. This changes the license agreement. Close attention has to be paid to this to avoid trouble.

Legal indemnification can also be important in video production. If your business is sued over a copyright claim on the use of stock media, some stock vendors will indemnify your production company against having to pay damages. This can be a big deal in a dispute and something one needs to pay attention to when using stock media, especially on high profile projects.

Once stock media is legally acquired and there is full awareness of the license rights, the next most important thing is to properly integrate the stock media into your content. Matching the technical quality of the video, music or effects with other elements in the program really matters. It must look and sound seamless, and not stand out. Some video producers do projects entirely with stock footage.

Stock media can enhance any production. But it has to be used with artistic sensibility and skill. Like so many elements in production, having the audience not see it is the end game.