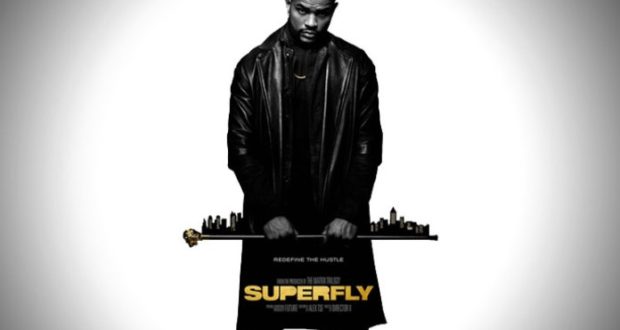 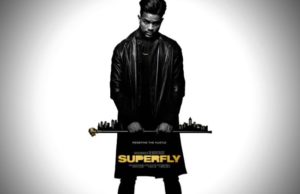 VFX Legion created over 100 digital effects for ‘Superfly,’ Sony’s highly anticipated remake of the iconic ‘70’s Blaxploitation film. The deadline was only five weeks away, and the visual effects for key action sequences had yet to be assigned when producer Joel Silver and Director X brought the LA studio onboard. Legion’s team was tasked with producing a complex mix of shots designed to heighten the visual impact and visceral feel of the violence in the film’s two pivotal shootout scenes.

The reboot of ‘Superfly’ puts a modern, stylish spin on the original 1972 film about a Harlem drug dealer trying to score one last deal before getting out of ‘the game.’ Set in present-day Atlanta, the Mecca of today’s popping music scene, the action is driven by a hip-hop soundtrack curated by Future. The city’s distinctive style is the backdrop for a new generation of affluent, extravagant drug kingpins that takes violence to the extreme.

“Joel Silver is a very hands-on producer, renowned for his work in the action film genre,” says Hattin. 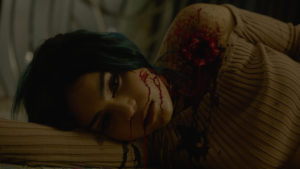 CG blood streaming out of wounds

“He had a very particular vision of how he wanted the visual effects to augment the footage. Nate and I left the session with a clear understanding of the digital assets that the movie required.”

The mix of visual effects that Legion produced for the two main shootout sequences in ‘Superfly’ magnify the intensity of the carnage during these face-offs and brings home the ferocity and violence at the core of the             film.

“Joel wanted to capture the ‘big’ feel of the 1999 ‘Matrix’ film,” says Hattin. “To take the shoot-outscenes to that extreme, we created thousands of digital particles flying from bullet hits and blasts of debris that tore the drywall to shreds.” 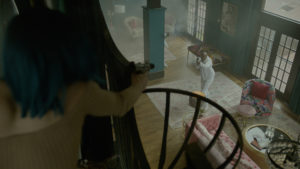 Legion’s Houdini artist, Eric Ebling, created numerous simulations of debris from the walls that blended with the look and texture of the practical footage. These caches were lit and rendered in Redshift, and then integrated into the scenes. Muzzle flashes were digitally created to heighten the impact of the violence in a number of scenes. 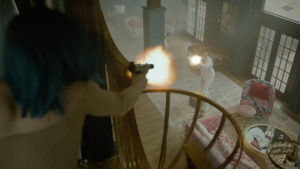 The studio’s team augmented squibs from bullet hits with computer-generated blood that streams out of wounds, puddles on the floor and splatters in realistic patterns. Residue left by the squibs was digitally removed.

During the production of ‘Superfly,’ a number fires were shot on-set that ended up being used as starting points for the much larger and more dramatic CG blazes that Legion’s team designed. Nick Guth and Dan Short, two 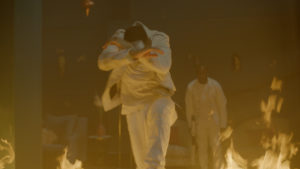 of the studio’s lead compositors, created the wall of fire that the main characters run through, followed by the rival gang leader jumping through the flames in pursuit – all with the help of digital effects.

Layering in multiple stock photographs of fire elements and 3D tracking of the camera in Syntheyes, enabled the company’s Nuke artists to produce shots with a photorealistic look and seamlessly sync them with the footage.

“Legion’s team was thrilled to have the opportunity to work on Sony’s remake of ‘Superfly,’” says 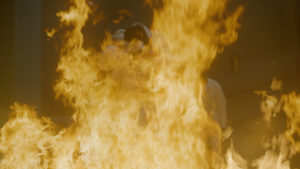 Hattin. “Our enthusiasm for the project, along with our experience, efficient pipeline and technical ingenuity, enabled us to turn the large workload of shots around well ahead of schedule, leaving time for us to take on some additional work on the movie.”

“The visual effects that VFX Legion created were all about amplifying the impact of the violence captured with practical footage and Intensifying the spectacle of the film to achieve the look that the director and producer envisioned,” adds Hattin.

About VFX Legion:
VFX Legion is a Burbank-based company specializing in providing episodic television shows and feature films with high-quality visual effects that get the most out of every budget.

Launched in 2013 with a pioneering pipeline at its core, founder, CD, senior visual effects supervisor, James David Hattin, and the studio’s veteran management team, support staff, and collective of 70+ skilled VFX artists work as an efficient unit, meeting the challenge of high shot counts and tight deadlines for multiple projects with ease.

Legion’s TV work includes series, such as ‘How to Get Away with Murder,’ ‘Madam Secretary,’ ‘Suits,’ ‘El Chapo,’ ‘Eye Candy,’ ‘Revolution, and ‘Gone,’ to name a few. ‘Hardcore Henry,’ ‘Sinister 2,’ ‘The Purge: Election Year’ and ‘The Purge: Anarchy’ are among the studio’s film credits.

VFX Legion is currently readying to begin work on its fourth season of the Shonda Rhimes’ series, ‘How to Get Away with Murder’ while wrapping up effects created for the highly anticipated hundred-million-dollar epic film, ‘Asura,’ and beginning work on a new film out of Blumhouse Productions.
For more information about VFX Legion visit VFXlegion.com.