“Tony joins our B.C. studio at an exciting time,” says Yastremski. “Establishing a presence in the province in 2019 was a turning point for Legion. The increase in  films and television work prompted last year’s move to a larger space and investments in upgrades and a broader range of capabilities. At the same time, we’ve continued to expand our  management team, and Legion’s collective of WFH artists based throughout the providence.”

“The addition of a VFX Producers to the studio’s core team was key to our growth strategy, and Tony is an ideal fit with our vision,” adds Yastremski. “His organizational skills and keen eye for detail ensure that every aspect of producing complex visual effects receives the attention needed to efficiently deliver the quantity and quality of digital effects that productions demand.” 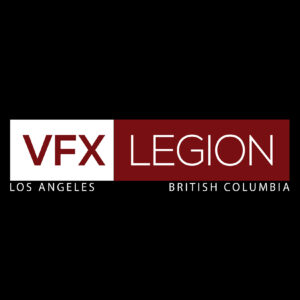 Launched in Burbank as a fully remote company in 2013, for years Legion has been building a diverse network of WFH senior talent throughout B.C., North America, and the world. With well-established workflows and protocols unique to a company born into a new remote culture in place, the scale and caliber of Legion’s network of artists enables the company to quickly assemble large teams into integrated units tailored to each production. The addition of Gallardo and recent expansion builds on almost a decade of experience providing films and episodic series with advantages that taps the full potentials of digital connectivity.

“Tony brings 15-years of experience producing, coordinating, and editing visual effects for the US and international markets to the table. His ability to efficiently orchestrate large geographically and culturally diverse teams uniquely qualifies him to work with Legion’s growing global collective of 250+ WFH artists and support talent, and in-studio staff,” says Hattin. “His skill navigating workflow while taking full advantage of the nimble, efficient capabilities of our virtual work environment is another strength that makes Tony a valuable asset to our team.”

“Coming from an editorial background, I began my career cutting commercials mainly for the Mexican and Latin American markets, while mastering some early compositing software during downtime,” says Gallardo. “My first experience with digital effects was in 2006, compositing shots for the feature film ‘Never on a Sunday,’ a dark comedy directed by Daniel Gruener. I found that creating visual effects required a collaborative, team-driven approach that really appealed to me.”

Gallardo landed at Ollin VFX in 2008, where he helped develop the visual effects editorial team and pipeline for several high-profile films, such as, ‘TRON: Legacy,’ ‘The Last Air Bender,’ ‘The Social Network,’ ‘Pirates of the Caribbean: On Stranger Tides,’ and ‘The Girl with the Dragon Tattoo,’ among others.

“Working seamless on  Hollywood-based films while I was still living in Mexico really expanded my horizons.  That’s when I first began to understand and appreciate the value of remote technology and digital workflow.”

“After going solo for a while, in 2017 I was invited to open the Mexico City studio for LAPOSTA, a visual effects company based in Argentina. As the VFX Producer and Studio Manager I worked with a mix of clients such as Netflix on feature films and television shows, including the movie ‘We Can Be Heroes,” and ‘Luis Miguel: The Series.’”

“Producing visual effects is a complex process, so identifying risks and developing contingency plans to employ should issues arise is an important part of my process. Achieving common goals in the least possible time consistent with superior quality has always been a priority for me. Legion supports my approach and  goals with its unique business model.”

Gallardo comes onboard as Legion/B.C. continues to provide end-to-end visual effects for a mix of projects slated over the coming months. Currently, the studio is working on a series of movies for EPIX, the premium TV network and streaming service, as well as a feature film for Blumhouse and Lionsgate.

Executive Producer Reid Burns introduced Gallardo to the VFX Legion’s team. Since 2012 Burns and Gallardo have worked together on several feature films and episodic series, as well as commercials – on both the visual effects and postproduction sides of the fence.

“Working with Tony was always a great experience,” says Burns. “The growth of our B.C. studio made expanding its leadership team a priority, and Tony was our first choice to fill the opening for VFX Producer.”

“I couldn’t be happier about joining VFX Legion. I’d followed the company for years and was impressed by its work, as well as its unconventional approach. I feel fortunate to have the opportunity to leverage my experience as a VFX Producer with strong communication skills and contribute to its growth,” adds Gallardo.

Hattin is currently finalizing the addition of a VFX Supervisor who will join the company’s Burbank leadership team, working on productions based in LA, B.C., and abroad. The company continues to solidify new relationships with top-tier WFH talent, managers, and and in-studio staff.

For more information about VFX Legion, visit , contact us at [email protected], or call 818.736.5855. Artists and VFX talent interested in joining our collective may apply at artists.vfxlegion.com/apply/.