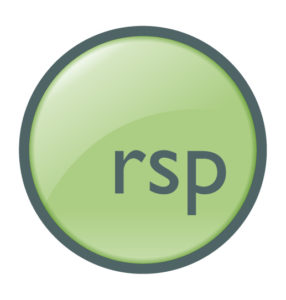 Animated short, directed by Jeremy Kelly-Bakker premiered at the Adelaide Film Festival and has generated more than 1 million views across YouTube and Facebook.

Adelaide, South Australia— The short film Lucy and DiC, which recently made its world premiere at the Adelaide Film Festival, imagines a time in the not too distant future when technology is no longer content to serve our best interests—in fact, it’s developed an attitude.

Directed by Jeremy Kelly-Bakker and featuring whimsical character animation by students enrolled in Rising Sun Pictures’ Graduate Certificate training program, the film centers on a young woman and her floating support drone. Lucy is getting ready for a blind date, while DiC hovers over her shoulder, hectoring her with questionable advice on how to be more likeable. Turns out, the aptly-named DiC is not all that likeable himself. Veteran Melbourne comedian Lucy Gransbury stars as Lucy while video commentator and YouTube sensation Ethan Marrell (aka Ozzy Man) supplies the voice for DiC. Lucy and DiC has already generated more than 1 million views across YouTube and Facebook. 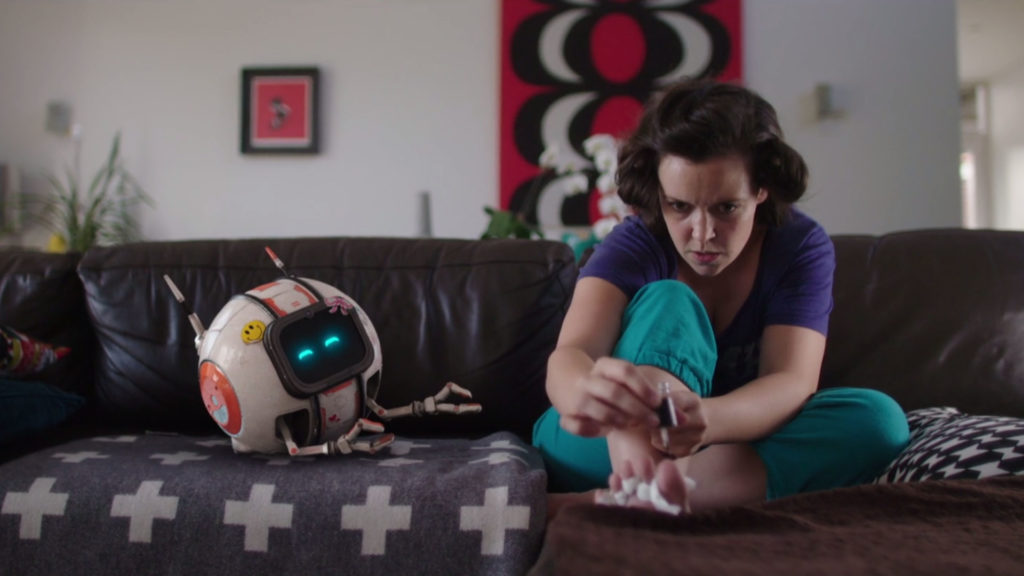 Kelly-Bakker, who wrote the script with Tom Phillips, says the film is meant to poke fun at the way technology has insinuated itself into virtually every aspect of our lives. “We’ve developed a dependent relationship with our devices,” he explains, “and that got us to wondering, what happens when it turns out that our tech is just as ill-informed as we are?”

To produce the film, Kelly-Bakker enlisted the support of students taking part in two Graduate Certificate courses at RSP, one in Compositing and Tracking (which is taught by Kelly-Bakker) and the other in Dynamic Effects and Lighting. Students lent a hand during live action production with Gransbury, and then took the lead in animating DiC and integrating the ball-shaped drone into backgrounds.

Kelly-Bakker, who last year directed a short entitled Midnight Snack that also drew on the talents of RSP students, says working on real-world productions provides student visual effects artists with opportunities for growth difficult to replicate through normal classroom assignments. “A big part of it is the sense of ownership that they have,” he explains. “They’re not simply turning out shots for the sake of a grade; their contributing to a film that will screen in festivals and, potentially, be seen by people around the world. We tell the students, you own these shots; make ‘em good!”

The quirky and snidely sarcastic DiC presented a formidable challenge for the students’ newly acquired visual effects skills. Their task was not only to create a plausibly realistic, 3D floating drone, but also to imbue him with enough personality to make him a proper foil for Glansbury’s pitch-perfect comedic performance. “We looked for ways to get maximum emotion from something that was essentially a floating beach ball,” Kelly-Bakker explains. “He has a computer monitor for a face and emojis for eyes. We gave him two little t-rex arms that were quick and easy to animate, and antennae that are like dog ears, drooping or standing up on end. That extra bit of secondary movement makes him feel alive.”

Students encountered several unexpected technical hurdles that went beyond their classroom instruction. For instance, they came up with a clever way of inverting DiC for scenes where he appears as a reflection in a mirror. Senior members of RSP’s visual effects team aided the process through critiques and advice. “The students did the bulk of the work, but the input they received from the course teachers was invaluable,” Kelly-Bakker says. “All they had to do was apply a gentle hand and the quality would leap as they were drawing on a decade of experience in working on studio films.”

Kelly-Bakker and Phillips are currently talking to Australian broadcasters about expanding Lucy and DiC into a web series. “We’ve got 25 episodes in our back pocket,” he notes. “It’s funny, it’s situational and we think it would make a great bite-sized sitcom.” 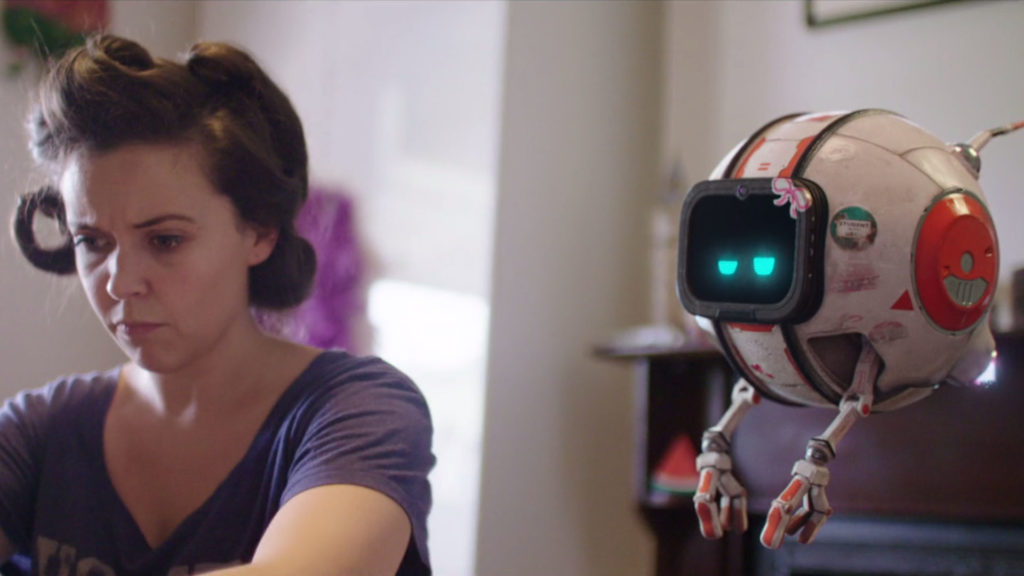 Our extensive filmography includes over 100 projects, including Logan, X-Men: Apocalypse, Game of Thrones Season 6, The Legend of Tarzan, Gods of Egypt, Pan, X-Men: Days of Future Past, The Hunger Games franchise, the Harry Potter franchise, Gravity, The Wolverine, Prometheus and The Great Gatsby.