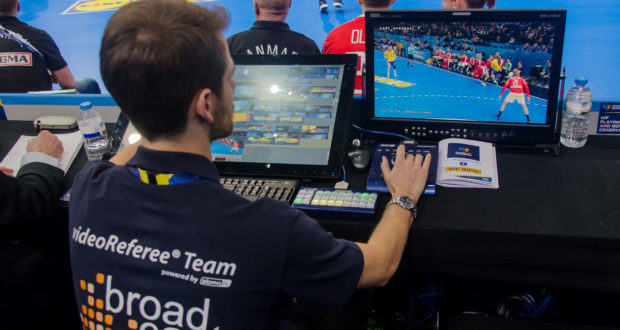 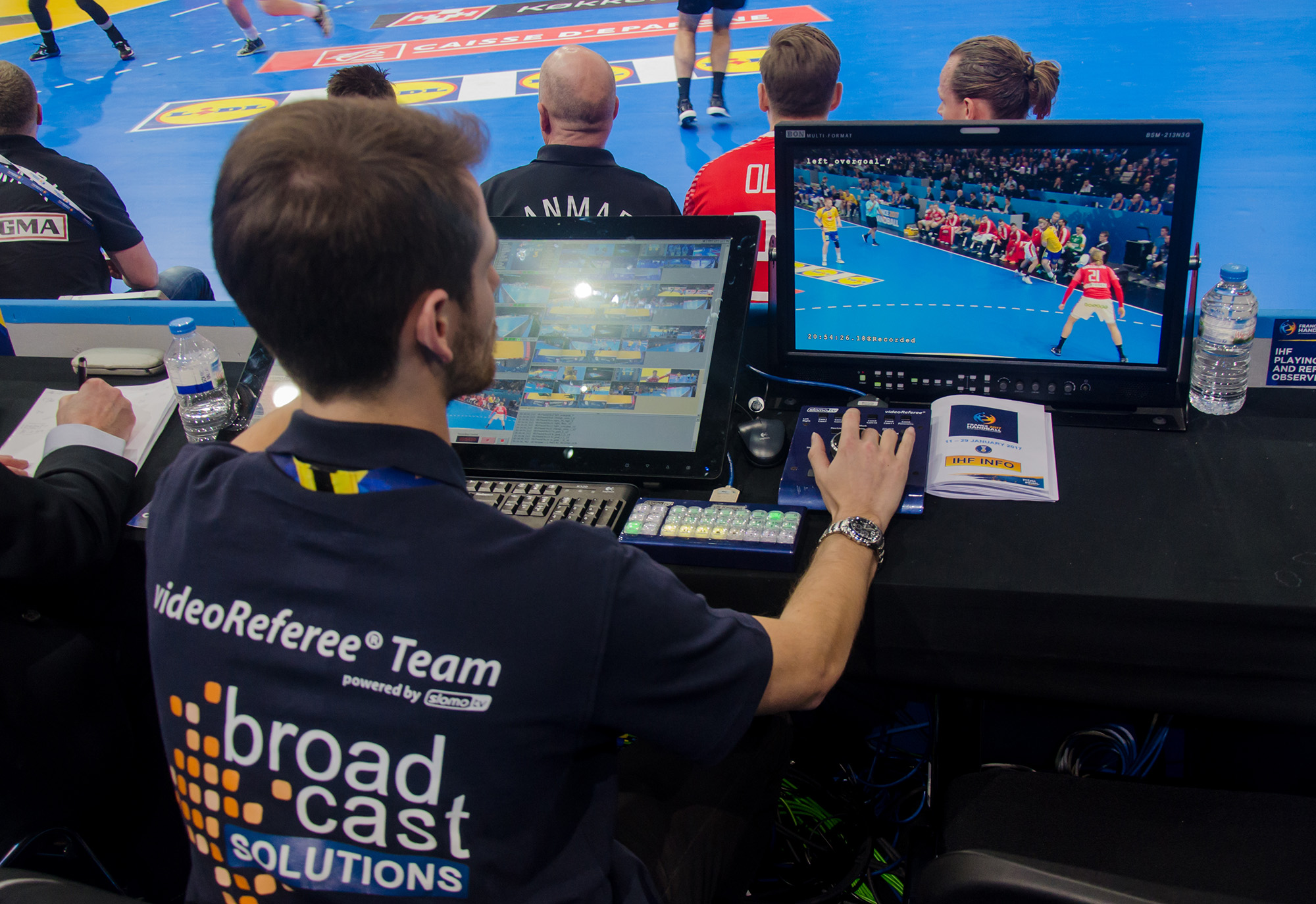 The 2017 IHF Men’s Handball World Championships in France will probably be the fairest competitions ever when it comes to referee decisions. During the World Championships German System Integration Company Broadcast Solutions GmbH provides the technology for the video support of the referees with several videoReferee® systems. Together with technology provider Slomo.tv, all of the competition venues are equipped with the VideoReferee ® video judging systems with support by Broadcast Solutions during the tournament.

The videoReferee® video judging system has been tested and used for years in several sports. The system is already in use successfully in major sports leagues all around the world (e.g.: Ice-Hockey, Canoe Slalom, Basketball, Volleyball) and proved its functionality and ease of use without any failures during comptetions. For several years now, all international canoe slalom competitions of the International Canoe Federation (ICF), including the Olympic Games 2016, are monitored by videoReferee® systems.

At the IHF Handball World Championships 2017, videoReferee® is the overall video judging system with one system located directly at the sideline in each venue. The system uses 6 system-specific micro-cameras that cover the field: 2 per goal, one for the overall overview and one for the scoreboard. In addition, the videoReferee® system has access to 6 additional TV camera signals retrieved from the OB Van. Each system can process up to 16 (+2x4K) (Paris) respectively 12 signals giving the referees the possibility to review a situation from different angles. The videoReferee® is positioned directly at the time table at the sideline of the field, where the referee is located for the video judging.

During the competition, all signals can be viewed and marked simultaneously throughout continuous recording. videoReferee® offers organizers and referees unprecedented opportunities to clarify controversial situations, thus ensuring more fairness during the competition. The marking of dubious situations can be done by the referee directly. Using the controller (and / or the touch screen), individual channels can be selected or special situations can be searched and marked – all in real-time. The referee can mark situations during live-recording or by accessing previously recorded material and can choose between the simultaneous view of 4 channels, single view or zoom view.

Thanks to the simple and intuitive operation of the videoReferee® system and its controller, trainings on the system are fast and easy – judges can start to work with the system in a breath. Throughout the tournament, Broadcast Solutions operators to manage the videoReferee® and assist the field referees.

Further links to IHF’s decision for videoReferee® as the overall video judging system can be found here:

A blog entry on the use of the videoReferee® system in canoe slalom during the 2016 Olympic Games can be found on our website: broadcast-solutions.de/en/videoreferee-use-in-canoe-slalom-tournaments

Detailed information on videoReferee® functions can also be found on our website: broadcast-solutions.de/en/products/videoreferee

You can find additional information on Broadcast Solutions under: www.broadcast-solutions.de