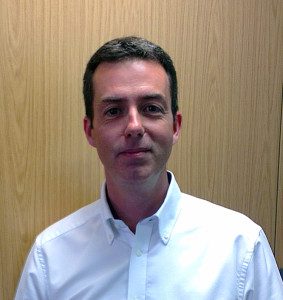 Virtual / Augmented TV production has recently been enjoying something of a renaissance after the first wave of VR deployments well over 10 years ago.   That first wave did provide some very notable success stories, but it’s fair to say that the use of VR for live TV production did not go on to revolutionize the industry as was suggested at the time.

Before going further it’s worth clarifying the terminology, we are talking here about Virtual or Augmented Reality in live TV production, rather than an immersive 360° personal VR viewing experience – another technology also making headlines in the broadcast industry.  Augmented Reality (AR) is a sub-category of Virtual Reality (VR) production where only certain elements of a real set or outside location are computer generated for enhanced environmental effect or added 3D data graphics and more engaging story telling.

The key drivers for the resurgence in interest and investment into VR/AR production could be summarised as follows:

The cost of high performance real-time 3D graphics rendering platforms has decreased immensely since those early days, particularly hardware costs which are a fraction of what they used to be.  At the same time ‘real’ studio space costs have not reduced and in many cases have increased significantly.

Technology has developed in the area of camera tracking, particularly for 3D movement and hand-held camera use.  The capability to track in all axes, with absolute-reference tracking systems has helped broadcasters design compelling productions that work reliably day after day and do not require overly-complex operational procedures.

All these enablers lead to the result that we see more and more broadcasters using VR / AR techniques in ever more diverse applications.  In the early days of VR the technology was generally used for major special events such as national elections or global sporting competitions, where budgets were high and relatively complex systems could be closely managed with specialist short-term resources for a relatively limited period of time. While VR was sometimes used for regular, daily live news programmes (ITN / ITV News in the UK is one notable example) this was generally the exception rather than the rule.  Today we still see VR/AR used at these major events, but there is now a clear trend developing for its daily use in national and regional news and sports programmes, such are the advances in simplicity, cost efficiency and reliability.

Augmented reality in itself is a trend that has developed very much in recent years.  Rather than using VR to create an entire virtual studio space within a green screen studio AR is used to enhance a real set, for example adding a virtual ‘window’ view over a live event, or 3D animating elements to aid in the explanation of a complex news situation or statistical data set. AR does not necessarily require chroma-key backgrounds so it can be used in almost any traditional studio location.

AR elements fit very well with trend for ‘second-screen’ use where web and social media content can be tightly integrated not just overlaid on-screen, but truly immersed in the live production environment, in real-time and with direct interaction of presenters and guests. 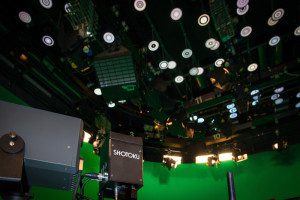 The increased diversity of VR applications has led to a demand for ever more freedom in camera movement, while at the same time keeping the technology simple with minimal differences to normal production workflows. Mechanical tracking systems using encoders mounted on moving axes are popular for applications where a camera is mounted on a suitable head, pedestal or crane.  These systems provide very high resolution and are extremely reliable. For situations where the camera support system is not appropriate for VR tracking adaptation, or if there is no camera support (hand-held) then a different approach is needed.  Shotoku recently launched the Free-d2 system with exactly these applications in mind.  Now any support system new or old, including hand held can be used within VR environments, opening up new non-traditional VR markets such as large live entertainment shows.

So to summarize, VR production is well and truly back at the forefront of many broadcasters’ thinking for new and enhanced live productions.  New technologies and improved economics have enabled VR/AR production to be used more widely and with less disruption to the standard processes. Enhanced tracking systems are enabling cameras to move with more degrees of freedom enabling a wider range of more dynamic entertainment productions to seriously consider VR/AR use.