Zulu
THE BEAT:
Home » Featured » Vizio Hit With A $2.2 Million FTC Settlement For Spying On People While They Watched Television 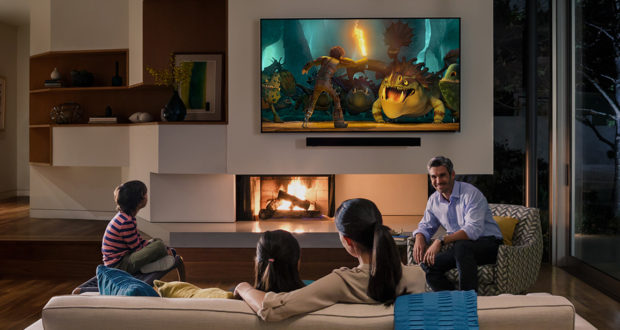 Vizio Hit With A $2.2 Million FTC Settlement For Spying On People While They Watched Television 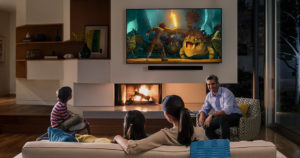 Television manufacturer Vizio recently settled a lawsuit brought on by the Federal Trade Commission for $2.2 million. The lawsuit was initiated by the FTC against Vizio and Inscape Services for spying on people while they watched television in order to gather data concerning their viewing habits. The data collection was extensive and it was sold off to third parties.

In the last six years or so, Vizio has sold over eleven million internet connected televisions but no one knew that Vizio, based in Irvine, California, was watching them while they were watching without their consent or knowledge. Some seem to think that Vizio’s reputation will suffer, possibly beyond repair, which will make up for the paltry settlement amount made with the FTC and with the state attorney general’s office of New Jersey.

What was Vizio’s response to it all? Vizio’s lawyer, Jerry Huang, said, “Today, the FTC has made clear that all smart-TV makers should get people’s consent before collecting and sharing television viewing information, and Vizio now is leading the way,”

Vizio’s data collection was extensive and highly detailed. They monitored people and their smart TV’s on a moment by moment basis recording every little detail of watcher’s viewing habits and preferences. Vizio claims that they never connected the data collected with the names of individual viewers when they collected the data and then sold it to third parties.

Since 2014, all Vizio made televisions come with a built in tracking system that collected viewing data and sent it back to the company’s headquarters in Irvine. Vizio even went so far as to retrofit televisions made prior to 2014 with tracking software that the company installed on people’s televisions from a remote location and without their consent.

Writing of the decision, FTC attorney Kevin McCarthy, wrote, “Before a company pulls up a chair next to you and starts taking careful notes on everything you watch (and then shares it with its partners), it should ask if that’s O.K. with you. Vizio wasn’t doing that, and the FTC stepped in.”

Vizio was collecting over 100 billion data points from millions of Vizio televisions every day for years. The FTC reported that the data was taken from broadband connections, set top boxes, DVD’s, streaming devices and over-the-air broadcasts.

According to the report at the FTC’s website, the agency reported that, “Vizio then turned that mountain of data into cash by selling consumers’ viewing histories to advertisers and others. And let’s be clear: We’re not talking about summary information about national viewing trends. According to the complaint, Vizio got personal. The company provided consumers’ IP addresses to data aggregators, who then matched the address with an individual consumer or household. Vizio’s contracts with third parties prohibited the re-identification of consumers and households by name, but allowed a host of other personal details – for example, sex, age, income, marital status, household size, education, and home ownership.  And Vizio permitted these companies to track and target its consumers across devices.”