SAINT PAUL, MINNESOTA, December 8, 2015 – When its 10-year-old SD broadcast server reached end of life last December, WACA TV—the PEG and community access provider serving the Ashland, MA metro—was seeking a way to extend delivery of its programming across more platforms. Recognizing the importance of cost-efficiency and reliability to support such expansion, WACA upgraded to Tightrope Media Systems Cablecast SX-HD servers for its three PEG channels, as well as one Cablecast ProVOD serverVODVO for Video on Demand services on its website.

The Cablecast upgrade coincides with WACA’s transition to brand new, fully digital HD studios that are used to produce a wide range of local programs, including elections coverage, news, sports, business and music shows. Founded in 1985, WACA TV had amassed a wealth of shows produced over the years and archived on its old server. Upon installing the new Cablecast servers, WACA staff sought to migrate these legacy shows to the new server for VOD and broadcast purposes. Tightrope’s technical support team provided extensive, personalized assistance to transition archival program files in large batches to the new servers. 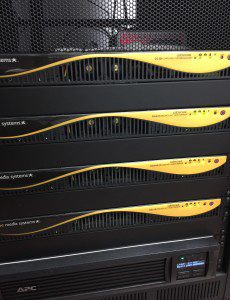 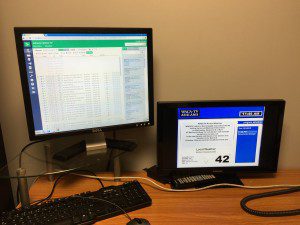 “We had wonderful technical support from everyone at Tightrope right from the start, including help designing our Carousel pages, commissioning our new servers and comprehensive on-site training,” said Chisholm. “The entire tech support team also went above and beyond to make sure our new system was quickly set-up in a way that preserved our broadcast programming heritage. Without their expertise, it would have been very time-consuming to move the old files over one by one.”

Prior to deciding on Cablecast servers, Chisholm saw Tightrope Media Systems at trade shows, requested a demo, and compared Cablecast head-to-head with another leading server. As an executive active in the PEG community, she also spoke with other community access providers nationwide about their experience with Cablecast servers. Chisholm notes that Cablecast’s workflow has at once simplified and expanded WACA TV’s broadcast strategy, ensuring that viewers have more options to view its programming.

“The competing system was much more complicated and didn’t offer the bulletin board, among other features we needed,” Chisholm said. “We believed that Tightrope would meet our needs and fit our budget, and we have not been disappointed. The Cablecast workflow is very efficient, streamlined and easy to operate, but it also gives us creative latitude and flexibility in how our shows are scheduled and delivered. We just put a show onto the server once, and based on the options we select, Cablecast takes care of moving it to the VOD server, cable channels, our website (wacatv.com), and anywhere else it needs to go.”

WACA TV produces a broad range of HD shows—which air in SD on local Comcast and Verizon Fios systems—including live municipal proceedings, such as Zoning Board, School Board, Board of Health, Selectman’s meetings and the Town Manager’s Forum. Community residents may use the HD studios and remote equipment to produce their own shows with the assistance of WACA production personnel.

Founded in 1997, Tightrope Media Systems is the pioneer of web-centric digital signage and broadcast automation systems. It provides station automation, video servers, Internet video on demand, live streaming, the Carousel Digital Signage system, and ZEPLAY, a multi-channel instant replay machine for stadiums, arenas and Outside Broadcast vehicles. Tightrope’s award winning systems are used throughout the world. You can reach Tightrope Media Systems at (866) 866-4118 or visit them on the web at www.trms.com.