HOLLYWOOD—WCPMedia Services today announces significant improvements to its market-leading, cloud-based media management platform to help television and motion picture producers better store, manage and share assets throughout the production cycle. New features and enhancements address core production activities including dailies management and transcoding, review and approval, and distribution to post-production partners and end-users. WCPMedia allows producers to control their assets efficiently and securely by harnessing the power of the cloud.

“The WCPMedia platform brings a new level of coherence and efficiency to workflow management,” says WCPMedia Managing Director—Americas Kenneth Yas. “It allows producers to deliver assets—including high resolution media—to production partners and other stakeholders around the country or around the world quickly, while cutting costs and improving security. It also enhances the creative process by removing geographic barriers and allowing parties, wherever they happen to be, to share access to media and to collaborate seamlessly.” 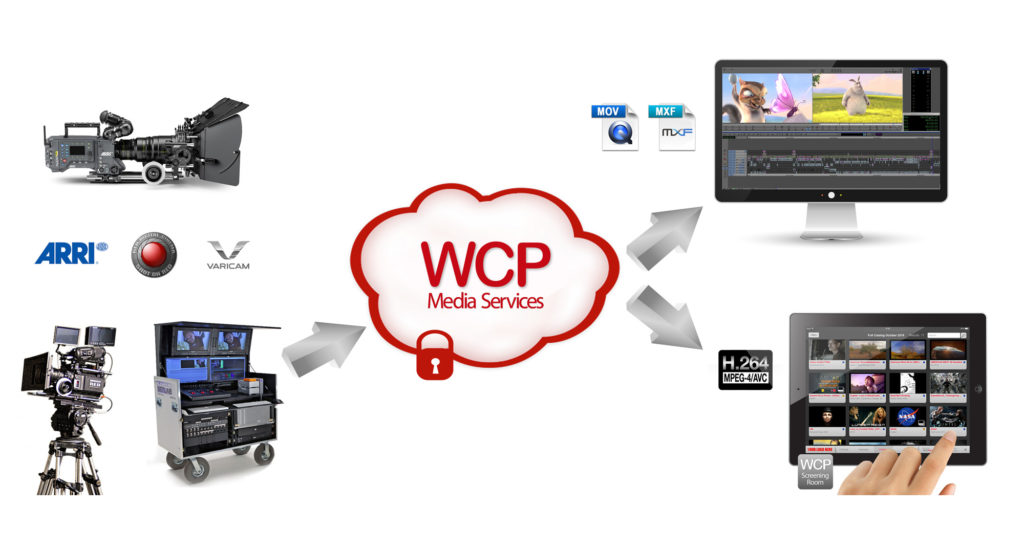 Producers of the current television series The Young Pope¸ from Sky, HBO and Canal Plus, used the WCPMedia platform to manage dailies and share them with editors and members of the production team across Europe and the United States, as well as sharing edits and finished episodes first with the director, cast and producers, then with press and distributors.

Rome facility Augustus Color used the platform to deliver dailies for the psychological thriller Black Butterfly, an AmbiPicture production, to editors in Spain, while streaming lower resolution versions to selected producers and partners in Europe and the U.S.

Among other projects, WCPMedia is currently being used by the DIT, editors and director of Wonderwell, a feature film from Producer/Director Vlad Marsavin featuring the late Carrie Fisher in her last screen role, to exchange dailies, assembled scenes and rough cuts between Los Angles and Rome.

New and enhanced features include:

Founded in 2011 in Switzerland, World Content Pole SA (aka WCPMedia Services) is an entertainment software and services company based in Europe (Switzerland), USA and Canada that manages, markets and distributes content to business partners and clients quickly, easily and securely. WCPMedia Services offers a platform of smart process applications that combines proprietary software with top-tier solutions developed by proven and trusted technology companies.