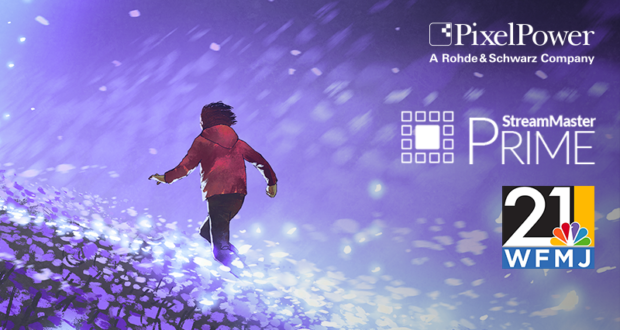 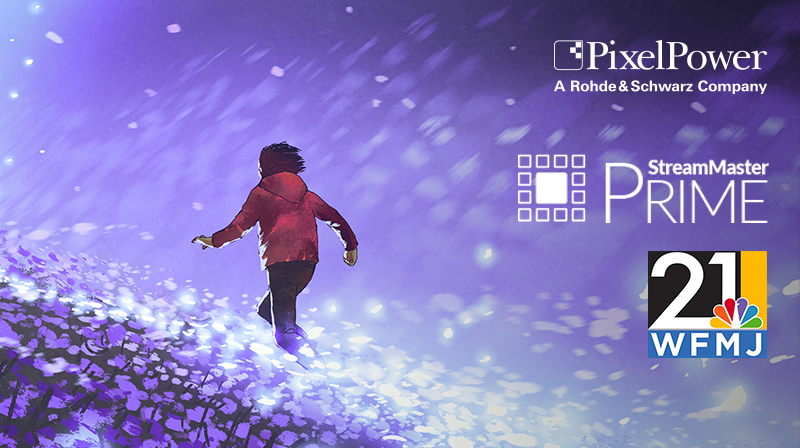 Pixel Power, the global leader in graphics production and master control playout automation, has delivered a configurable StreamMaster PRIME system to WFMJ, the NBC and CW affiliate in Youngstown, Ohio. The new StreamMaster PRIME is a direct replacement for an existing Pixel Power LogoVision graphics generator.

StreamMaster PRIME is a turnkey appliance, implemented in software running on COTS hardware, with a flexible function set. It is designed specifically to provide a replacement for individual devices in a traditional master control and playout architecture, and supports SDI I/O for easy integration with existing infrastructure. WFMJ had been using a Pixel Power LogoVision system for many years, but the hardware operating system was no longer supported by Microsoft so a replacement was needed.

“StreamMaster PRIME is precisely what we needed,” said Bob Flis, chief engineer at WFMJ. “We could unplug the old system, plug in the new and it carried on working perfectly. We were used to the high-quality graphics from our old Pixel Power system, and this keeps up the great look. StreamMaster is software defined so it is future proof, we can add new functions as our needs evolve.”

James Gilbert, CEO of Pixel Power added “This is exactly what StreamMaster PRIME was designed for. WFMJ is not yet ready to upgrade its complete playout system, but needs to replace one existing piece of legacy equipment. With StreamMaster PRIME in place they can build on the functionality it has, and it can form part of a fully virtualized, IP connected playout system in the future when WFMJ is ready.”

The installation at WFMJ was negotiated by Heartland Video Systems. The StreamMaster PRIME was delivered in December 2020 and is now on air.