All of us have been there. We are in a rush to finish a video edit, but need one more sound effect. There is no time to record it. Now we have to quickly license its use from a sound effects library.

It’s easy these days, but there are some considerations any time one uses the creative work of a third party. Most good sound effects have copyright protection, meaning the person who recorded it has the legal right to control its use.

There are some basic things to know about sound effects. The moment an original sound effect is recorded, it is legally owned by the original recordist. Just having the idea for an effect doesn’t count. It has to be actually recorded. 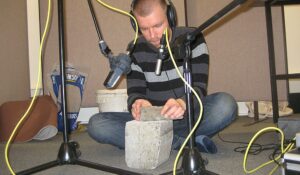 Copyright protects recorded sound effects, just as it does original music, art or writing. Only the person recording the effect has the authority to decide who can use the sound. Having copyright protection means more than just being paid — it also guarantees the sound cannot be duplicated or shared with others without permission. It also has legal remedies if the work is misused.

Under the Berne Convention, which created the international treaty for copyright in 1896, the protection of work is for 50 years. Some countries have since modified the length of protection, so you must check by country. After the copyright has expired, the work goes into the public domain and can be used by anyone at no cost.

If the rules of copyright law were so clear, a lot of attorneys would be out of work. The legal “gotcha” is “fair use.” This means there are some exceptions to the law. These exceptions include commentary, criticism, news reporting, research, teaching, library archiving and scholarship.

These exceptions are very broad and “fair use” is where most legal disputes arise. For this article, we will focus only on sound effects, since other types of sound material have different rules. 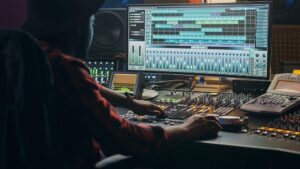 Many sound effects libraries allow the effect to be used on a single computer workstation, with a one backup copy. In Canada, sound effects can be copied for personal use, but those copies must remain private. Some libraries require additional fees if an effect is stored on a computer network. The rules differ by seller and the country they are based in.

There is then the issue of derivative works, which are based on an original copyrighted work. An example of this is a dragon sound effect created from blending a copyrighted thunder clip and lion’s roar and then applying reverb and pitch processing.

Such derivative works are allowed under copyright law. This is based on the legal belief that creation does not occur in a vacuum. Any new work  must be based on something else. The gray area here comes from how much the new work has changed from the original. Music mashups are also in this category. 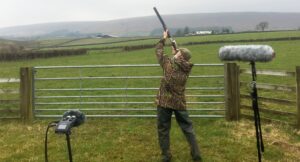 Derivative works are legal if they modify the original copyrighted source substantially. If the new creation is different enough that it is seen as “highly beneficial to the public,” then it’s OK. Needless to say, there is a history of very controversial and contentious decisions on this issue.

With all this ambiguity in the law, it is fairly simple process to safely use sound effects. License them and then abide by the rules. Each licensing deal allows very specific rights. With sound effects, this is typically centered on synchronization rights, which is the permission to sync the sound effect with other sounds in a video.

In most cases, the act of downloading a sound effect from the internet means the user implicitly agrees to the terms of the license. These terms are expressed in the seller’s user license agreement. Most of us never read these agreements, but we need to be aware of the terms. A mistake could be costly.

Then there are royalties — the fee paid for every use of copyrighted material. Sound effects are usually treated differently from music. To avoid the excessive bookkeeping needed to track royalties, most internet and CD-based sound effects libraries charge a single upfront fee to use the effect as many times as the user likes.

Sometimes this is referred to as “royalty-free.” This does not mean the use of the effect costs nothing. It just means you pay once, not for every use. It’s a deceptive term because many people think it means free sound effects. It does not. You just pay upfront for all usage. 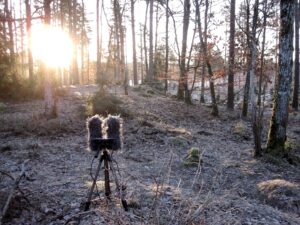 Sound effects come in many different forms. Sometimes creators will allow an effect to be used at no cost, until it makes money. Then they want to be paid.  Some have a Creative Commons license, which may be free but requires the author’s credit. Whatever method one uses, be sure to clearly understand the terms and have it in writing before its use. Otherwise, it might come back to bite you later.

Some sound effects or audio logos are eligible for a trademark if they show even a minimal amount of creativity. The Copyright Office calls these “sound marks.” Don’t try to trademark the sound of a car or a running faucet. These are not creative effects. An example of a trademarked effect is NBC’s three chimes logo.

The main rule of using sound effects by third parties is to be aware of the restrictions, keep good records of their use and don’t break the rules.