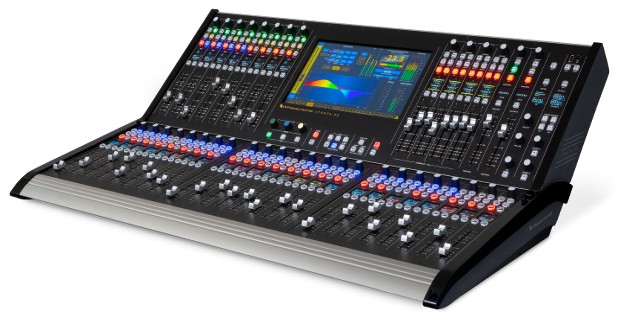 If the aim of every broadcast professional is garnering greater audience outreach, then having stellar content and a good brand name is only part of the process. Having top of the line broadcast equipment, such as the kind produced by the Wheatstone Corporation is a sure way for broadcast professionals to better improving both the quality of their content as well as the accessibility of it, which only leads to better outreach and much bigger audiences.
About The Wheatstone Corporation

Since being founded in 1974, the Wheatstone Corporation has designed and manufactured professional broadcast audio equipment under the WHEATSTONE, AUDIOARTS ENGINEERING, PR&E, and VOXPRO brand names. Several products in the Wheatstone Corporation inventory line include:
The Wheatstone Corporation’s first product was a simple disco mixer, which had been introduced by the founder Gary Snow. In the following years, Audioarts designed and sold outboard equipment for the recording industry. And that included one of the earliest parametric equalizers, as well as its first console, the Audioarts 2000, which was introduced in 1976, and now with the Strata 32, Broadcasters will be able to have better access to channels and IP audio innovation.
Wheatstone’s STRATA 32

Wheatstone’s Strata 32 audio console has over 64 channels as well as the latest IP audio innovation placed into a 40-inch frame that fits most television applications. Whether at home, newsrooms, remote vans or sports venues, the compact IP audio Strata 32 console has dedicated faders for eight subgroups and two masters along with 32 physical faders that can be layered for all 64 channels.

The Strata 32 console provides access to all resources in the WheatNet-IP network, and it does this through a powerful touchscreen interface with an intuitive menu that can adjust EQ dynamics, set talkback, configure mix-minus feeds, and bus matrices, mute mic groups, and it can manage sources and destinations. The console also features per-channel OLEDs display all relevant editing and operating functions at a glance.

Wheatstone’s Strata 32 32 has all of its I/O managed through the audio network. There are no limitations with fixed connection points on the console, which chassis itself. The Strata 32 has access to all sources in the network and any channel can connect to any audio source or destination, and it can do this by using any preferred audio format at any time. This accounts for HD/SDI, AES, MADI, AoIP, Analog, or TDM. The Strata 32 integrates seamlessly with all the major production automation systems. It comes complete with IP audio mix engine plus an optional stage box for extended I/O.

Additional features of the Strata 32 include:

For more information about the Strata 32, visit wheatstone.com/television-products1/tv-audio-consoles/strata-32.

Why Broadcasters Should Choose Wheatstone’s Products

There can be no denying that in its forty six-year legacy, that the Wheatstone Corporation has proven itself to be a group of Broadcast Audio Perfectionists. When it comes to providing broadcasters with the perfect audio equipment, Wheatstone is up to the task. If broadcasters need a simple two or three studio station, a broadcast conglomerate building, or a large regional complex with multiple stations and dozens and dozens of rooms, then the Wheatstone Corporation has them covered. The Company also offers engineering services in the field of hardware and software for the generation, control and distribution of multiple data signals over local and extended area digital networks.
For more information about the Wheatstone Corporation, visit wheatstone.com/.