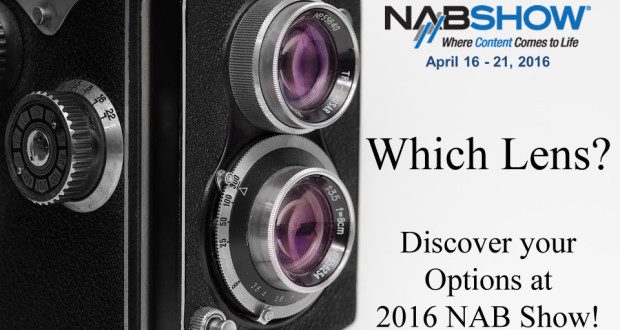 Which Lens – Discover the Choices at 2016 NAB Show

Here’s a little insight on lenses…

Choosing the proper lens is subject to several variables. Distance, lighting, and focus are all considerations, as well as the what, why, and when of the shot. Being a cameraman and being a photographer are similar, but definitely not the same as each group has their own gear and tricks. On the set, the unit still photographer has a very different job than the cameraman. In addition to being card-carrying members of the Cinematographers Guild of the Motion Picture Industry, these photographers have also formed an honorary organization: the SMPSP (Society of Motion Pictures Still Photographers), which was founded in 1995. Let’s explore some of their jargon. 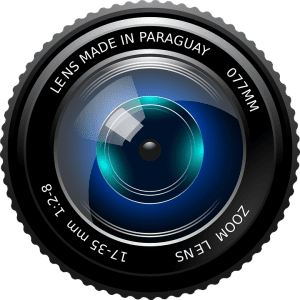 A prime lens would allow us to have a compact lens. Such a lighter, smaller lens is usually faster and capable of a wide aperture – even f/1.4. The increased light this allows provides the use of fast shutter speeds to help freeze motion, which can be especially helpful in lower light conditions. That’s not all the increase in light does for us – it also brightens-up the viewfinder which, in turn, makes focusing, and thus the shot, as sharp as possible.  Because of the shallower field depth of a prime lens, photographers – especially those shooting portraits – use the bokeh effect, which provides the image. The subject remains sharply focused but the background has a pleasing diffused softness to it.

A fisheye lens is much less commonly used, but if you need one for the type of shot you want to take, there’s really no substitute; sure, you could warp a normal image into a fisheye-style picture with the correct editing, but why go through the hassle? Digital fisheye effects cannot (as yet) stretch the angle of a view to equal the large image taken with a real (versus digital) fisheye lens. A standard fisheye image is set in a rectangular frame on a two dimensional surface. A fisheye-lens image is represented in one of two ways with this medium of expression: either the circular fisheye, which is a round image on a black rectangular field, or the so-called full-frame fisheye, which is essentially a standard rectangular image taken by a  fisheye-lens – except the edges of the circle are cropped off. A fisheye lens is used for IMAX filming and sees most of its additional uses at the planetarium, and with environmental mapping and flight simulators. 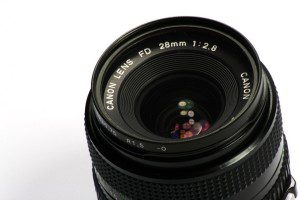 of varying the distance between its internal lenses, which lets it alter its own focal length and viewing angle.  Zoom range is typically expressed as a ratio, thus a lens with a range from 150mm to 450mm would be known as a “3X” zoom.  Superzoom (or “hyperzoom”) refer to lenses with a range in excess of 5X with standard range going up to 19X in an SLR style camera. Superzoom ranges for amateur digital cameras sometimes even have a range that exceeds 80X. In a studio camera, ranges can reach superzoom sizes of 300X. One of the disadvantages of using maximum zoom range is image degeneration and distorted focus; these flaws can be dealt with in post production.

Unit Still Photography is seen as high-class work by your “average” photographer, but it’s often no picnic; 80-hour weeks aren’t unheard of and you have to be able to handle a lot of interaction with the floor personnel as well as the top brass.  Filming on location? Pack your bags, son – it’s time to hit the road! You don’t get to hang out at the studio like some of the editors and special effects guys might. The still photographer crafts images with his own camera and lenses; he doesn’t use individual frames shot from a motion picture camera.

The still photographer has three main duties. First is advertisement and promotional pictures for the film. Secondly, taking daily still shoots of wardrobe selections, along with set and background choices as a memory aid for the director. Lastly, the unit still photographer also takes the pictures used in the film for the creation of certain props (like photos for a fake crime scene, or driver’s license photos, or computer screen images, etc.). 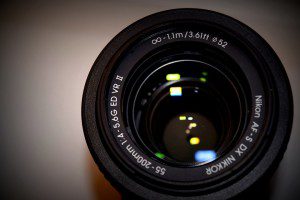 Taking still shots during production often requires a way to muffle the noise of the camera’s operation so as to minimize the disruption of the film’s audio components. To do this, the camera being used is placed inside a foam-lined sound-absorbing case (a sound blimp).  Once sealed inside the sound blimp, no further manual adjustments can be made to the cameras settings. The only physical camera operations now possible with the external dual button control are shutter release/focus and activation. Adjustment of other settings has recently been made possible with the use of online apps and remote control.

Making the proper lens choice is important in both motion and still photography. The skills of the cameraman or still photographer can help the producer/director realize his or her vision. A picture is worth a thousand words – and a perfect picture could be worth even more that!

The 2016 NAB Show will be filled with dozens of lens experts and companies that manufacture such lenses.  When an expert is needed, NAB is the place to find what you’re looking for!  Hope to see you there!