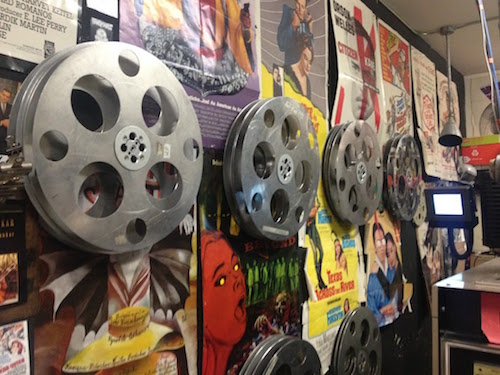 LOS ANGELES (December 10, 2015) – WHY WE FILM, a documentary backed by the Association of Moving Image Archivist’s (AMIA) Film Advocacy Task Force, is an exploration of why and how film is engaged as a physical object and experience – the compelling reasons audiences watch it, filmmakers create with it, schools teach with it, and the key factors pointing to the need for its preservation. Produced by Elena Rossi-Snook, an archivist at the New York Public Library, and directed by Adrienne Subia (June, Adrift),  WHY WE FILM contains dozens of interviews with archivists, filmmakers, scientists, researchers, projectionists, photochemical preservationists, and cinematographers gathered over the past 18 months. Today, its Kickstarter campaign was chosen as a Featured Project on the Film & Video category page of the funding platform’s site. It was also recently chosen as a Staff Pick.

“Our aim is to create a powerful message about film and its purpose as art, technology and business,” says Rossi-Snook. “What if painters were told there would be no more watercolors, and they must transition to oil? Filmmakers should have a creative choice. Being able to choose film matters a great deal to a great number of people and their reasons are not abstract but concrete.”

Subia stresses that this project is not a reiteration of the “film vs. digital” debate or an attempt to document the end of an era, but rather to reveal the all-encompassing relevance of the format to everyone from the asset managers at the Hollywood studios and the scientists researching ways to preserve images and culture, to the movie-goers and cinephiles, alike.

WHY WE FILM is shooting and finishing on 16mm and 35mm. The project has received support from Kodak, Panavision, film professionals, and laboratories who have donated goods and services.

Funds raised on Kickstarter will be used to help cover post production for WHY WE FILM, including laboratory and editing fees, as well as to create a number of deliverables, such as an internegative and optical soundtrack negative, which also act as preservation masters for making prints in the future.

For more information about WHY WE FILM, visit its Kickstarter page at www.kickstarter.com/projects/whywefilm/why-we-film-presented-by-the-amia-film-advocacy-ta.

The AMIA Film Advocacy Task Force, recognizing the historical importance and stability of film as a medium, explores ways to promote, encourage and facilitate the use of motion picture film and fortify the relationship between archives and repositories and film users. The committee’s outreach is focused on activities that ensure access to film prints for programming and projection in exhibition and education venues, and to film stock for production and preservation.  For more information, visit www.filmadvocacy.org/.