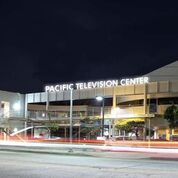 “The age of high-definition video has created a necessity for the rapid transmission of uncompressed content,” said Jon DeLuca, chief executive officer of Wilcon. “The entertainment industry needs reliability and security, and Wilcon has always been at the forefront of both as a leader in fiber-optic network infrastructure. We’re honored to broaden our partnership with PacTV as we enter 2016.”

“We’ve been working with Wilcon since 2015,” said Jakob Nielsen, deployment engineer for Pacific Television Center. “Our main goal will always be transmission efficiency, and Wilcon has helped us provide that to our broadcast clients, which in turn has helped satisfy their customers. We plan on being a Wilcon partner for years to come.”

West Coast telecom pioneer Wilcon has been at the forefront in serving the entertainment industry for 18 years, beginning with the construction of Downtown Los Angeles’ first fiber-optic hub in 1998.

Founded in 1998, Wilcon is the premier West Coast provider of best-in-class fiber optic network and data center infrastructure. As one of the largest fiber optic networks in Southern California, Wilcon offers a vast reach of nearly 3,000 route miles of fiber with diverse routes connecting major data centers, enterprise locations and wireless communications sites throughout the region. Wilcon delivers dark fiber and ultra-broadband optical services for businesses, wireless carriers and other communications service providers that ensure optimal performance for their mission-critical data traffic and applications. Wilcon also owns and operates leading data center and carrier-neutral colocation facilities in downtown Los Angeles, including its key hub at the One Wilshire Building. For more information, please visit www.wilcon.com or contact us at +1 (888)-600-2800 or [email protected].

For 35 years, Los Angeles-based Pacific Television Center has been a leading transmission and live production provider to the global broadcast industry offering its clients around-the-clock support and services in fiber connectivity, satellite coordination, receive and records, multi-format tape play outs, live shots, satellite media tours and voiceovers. On a local level, its broadcast facility in Los Angeles connects to the ATT Hollywood Hub and The Switch Los Angeles; in New York, it connects to Encompass/Waterfront, The Switch New York and Azzurro; and in London, its facility has multiple circuits to and from The BT Tower.  Additional services include remote production via PacTV’s ENG truck, Downlinks on Demand and a fiber network to several countries including the UK, Australia, New Zealand, Singapore, Canada and France. The company’s solid reputation has led to successful relationships with major networks including ABC, CBS, NBC, FOX, ESPN, CNN, BSkyB and BBC in the UK, Network TEN in Australia and Sky in New Zealand as well as top carriers including AboveNet/Zayo, SingTel, Intelsat, SES World Skies, British Telecom, Colt, Nexion and Level 3/VYVX. For more information regarding Pacific Television Center, visit www.pactv.com.