In a first-of-its-kind immersive spectacle, dazzling digital imagery will appear to “bounce” between City Hall, the County Hall of Records and The Music Center’s Dorothy Chandler Pavilion as Los Angeles counts down to 2016.

HOLLYWOOD—On New Year’s Eve, three iconic buildings in downtown Los Angeles will provide the canvas for a projection mapping display unlike anything seen before. Part of the 3rd annual Grand Park + Music Center’s N.Y.E.L.A., the breathtaking spectacle of morphing light, color, shape and sound will envelop—and sometimes appear to travel between—the facades of City Hall, the County Hall of Records and The Music Center’s Dorothy Chandler Pavilion and celebrate Los Angeles as it joins other cities around the globe in ringing in the New Year.

Conceived by Garson Yu, creative director of the multi-media digital design studio yU+co., in tandem with The Music Center’s Grand Park team, the projection mapping display will be the first ever to join three towering structures with synchronized animation.  The more than 50,000 people expected to fill Grand Park, The Music Center Plaza and adjoining streets during the event will be fully immersed by the display with a theme of human connectivity and global celebration. 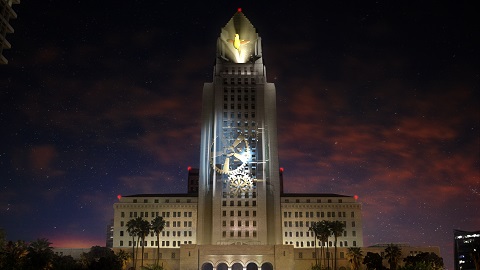 “New Year’s is a time when everyone, regardless of nationality, language or belief, comes together to celebrate,” says Yu, who also designed the 3D projection mapping display featured at last year’s Grand Park + The Music  Center’s N.Y.E.L.A. “This display is meant to encourage people to embrace both their differences and their commonalities.”

The projection mapping display will include a four hour pre-show followed by an adrenaline pounding five-minute countdown to midnight. The event begins at 8:00 p.m. as the three buildings are “activated” and transformed into a sprawling digital playground. The unique interplay of imagery between the buildings will create a unified experience for everyone at the event. City Hall will serve as the focal point of the pre-show display and the centerpiece of the countdown to midnight. 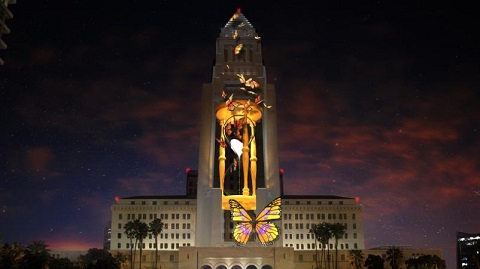 “This display represents a milestone in multi-media public art,” says Yu. “We tell a single story that plays out across the three buildings simultaneously. Members of the audience experience it differently depending on where they are in the environment and their orientation to the imagery taking shape all around them.”

yU+co. is a multi-media digital design firm whose work spans film, television, public art, museum exhibition design and location-based entertainment. Its work in the public arena combines visionary artistry, cutting edge technology and unconventional storytelling formats. Its City Hall project mapping for last year’s Grand Park + The Music Center’s N.Y.E.L.A. was the largest such display in the city’s history. Last spring, yU+co. produced an animated video, projected onto a 270° display measuring 17 feet by 591 feet that kicked off the 8th Annual Google I/O Developers Conference in San Francisco. It was viewed by a live audience of more than 6,000, plus millions more via the event’s live stream. 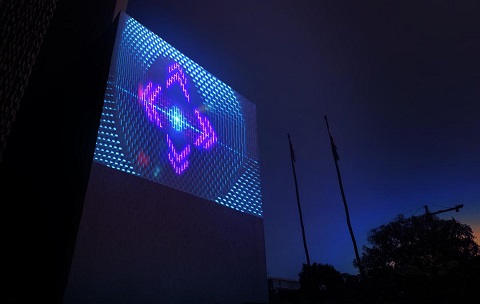 Grand Park programming director Julia Diamond says that last year’s City Hall projection mapping helped solidify Grand Park + The Music Center’s N.Y.E.L.A. as a signature event for the city. “The countdown reflects L.A.’s role as the creative epicenter of our world,” Diamond observes. “L.A. is home not only to creative artists but to artists who are harnessing technology to push new mediums forward, particularly in filmmaking and animation. With its use of 2D and 3D mapping technology, Grand Park + The Music Center’s N.Y.E.L.A.  sits at the forefront of what art and technology can create. This is a true 21st century countdown.”

“We are bringing together the best of Los Angeles…our role as the world’s entertainment capital, our love for technology and the joy we take in our diversity,” says Yu. “It’s an expression of what brings us together and what makes this a great city.” 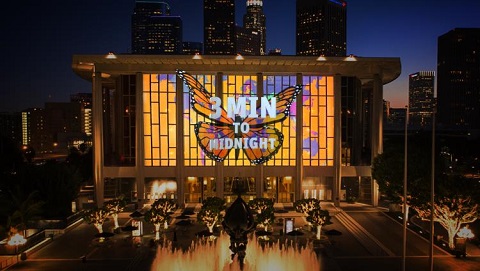 About yU+co
Since its inception, yU+co. has evolved from a design studio specializing in film title sequences to a global award-winning multi-discipline creative firm that offers design and production services for feature films, television, commercials, gaming and new media. Its story-driven approach to design inspires marketing solutions that engage consumers with brands and captivating narratives that entertain viewers across multiple digital platforms.

With offices in Hollywood, Hong Kong and Shanghai, yU+co. boasts an international talent roster that includes directors, designers, producers, animators, writers, programmers and visual effects artists. The diversity of our talent pool creates a wellspring of cross-cultural ideas and experiences that adds depth and originality to every project they work on. For more information go to www.yuco.com.