BLOOMINGTON, MINNESOTA, March 20, 2019 – The ZEPLAY instant replay server from ZEPLAY LLC returns to the 2019 NAB Show with its most significant design transformation to date – a 2RU server that translates to a lower upfront cost and reduced ongoing cost of ownership. The new ZEPLAY R7 server design reduces the footprint by half, returning valuable rack space to customers while reducing weight and energy consumption. 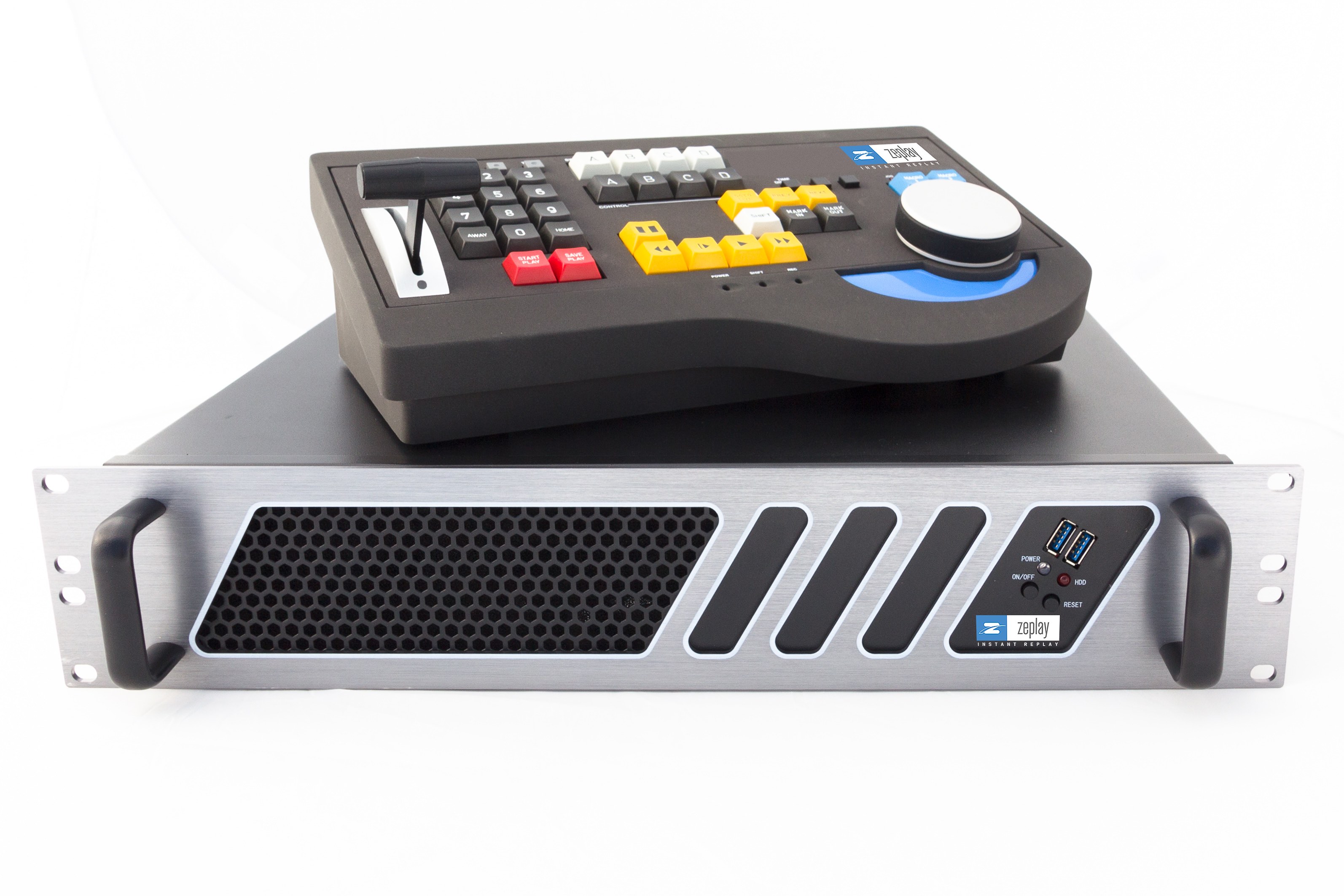 The transformative redesign of the ZEPLAY R7 server eliminates the company’s reliance on multiple storage drive arrays in favor of solid-state drives that accelerate processing and enhance reliability. The change does not affect ZEPLAY’s familiar control system and intuitive feature set to manage and deliver instant replays.

“ZEPLAY has always had a strong reputation for delivering fast and reliable instant replays, and these enhancements will continue that tradition while making ZEPLAY more affordable,” said Brandon McKenzie, ZEPLAY’s Co-Founder and Principal Engineer. “The new ZEPLAY R7 server design takes advantage of the latest improvements in computing power, allowing us to use more compact parts and put the era of spinning hard drives to bed.”

McKenzie adds that the ZEPLAY R7 server operates on less than 350 watts of power, which will translate to reduced energy bills moving forward. While TV stations, arenas and stadiums will benefit, McKenzie sees the redesign as a major advantage for mobile production trucks.

“Power is always a concern in mobile production, not to mention keeping weight in control on a moving vehicle,” said McKenzie. “Our new server amplifies both of these benefits in the core, while also lowering the upfront cost.”

The system now starts at $27,500, which brings the time- and battle-tested ZEPLAY price down to the level of lower-end systems that lack ZEPLAY’s feature set, speed and reliability. A new RAID option will be made available at an additional cost for customers desiring additional storage redundancy and content protection, along with an option for 1080p video support.

“ZEPLAY has been an established instant replay system for 10 years, with a large base of customers using it in live production daily for sports, live event and television production worldwide,” said McKenzie. “We’re excited to communicate how our new design innovation and price point will help users reliably deliver more high-quality replays at lower total cost of ownership, and with better workflow than competitively priced systems.”

Based in Bloomington, Minnesota, ZEPLAY LLC is the company behind ZEPLAY, offering the broadcast and professional AV industry’s best price-to-performance ratio of any instant replay solution on the market. Fast and reliable with a quick learning curve, ZEPLAY empowers broadcasters, sports and live event venues, production trucks, and other end users and facilities with and a robust feature set to generate excitement for dynamic live productions. Learn more at http://www.zeplay.tv.