Zulu
THE BEAT:
Home » Content Creation » Audio » 4K Digital Transmission: A Splash or a Flash (in the Pan)? 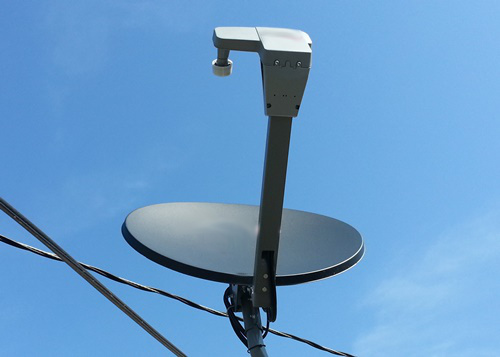 4K Digital Transmission: A Splash or a Flash (in the Pan)?

So, what’s beyond 1080, you ask?  4K, of course!  As much as everyone was excited about the death of analog television in anticipation of digital, the next step that everyone is talking about is 4K digital transmissions.  But don’t rush-out to buy that UHD TV just yet… you may have the ability to receive 4K signals, but there may not be any 4K signals being broadcast.  But there IS hope.

It is no secret that U.K. pay television provider BSkyB has claimed the title to being the very first broadcasting station to broadcast in true 4K; a soccer game between two British teams, Stoke City and West Ham on August 31, 2013, was the lucky chosen event.  It wasn’t meant as a show of an impending technological shift in routine broadcasts or available television service, just a feat done for, well, feat’s sake.

“We saw enough in this test event to know that live sport in Ultra HD has real potential,” said Barney Francis, Sky Sports managing director. “The broadcast also demonstrated the capability of our satellite platform, which is ideally placed to continue supporting high-bandwidth video.” 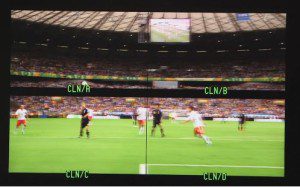 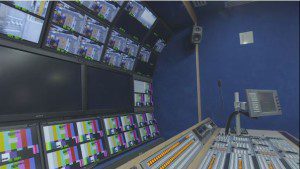 The new Telegenic truck, by the way, has a 576Ã—1152 Miranda router, three 4K monitors and a 65-inch 4K monitor to enable the production team to see the final output. Four Sony SR1000 tape decks are also part of the package, along with a Sony 8000 video production switcher.

About a week prior, two tests were conducted by satellite transmission firm SIS Live, with the four video carriers multiplexed into a 140 Mbps stream and transmitted via a 72 MHz transponder on Eutelsat 3D.  Obviously successful, the match was broadcast live in 4K – a world first.

But just because it was done, with the success paving the way for more research into 4K broadcasting, and the optimistic outlook of Mr. Francis, all is not said and done.

Colorado Springs, Colorado cinematographer and production facility owner John Bourbonais (www.bsphd.com) is skeptical.  “Blu-ray is not 4K. Cable is not 4K. Satellite is not 4K. PCs are not 4K. Mac is not 4K. Over-the-air broadcast is not 4K,” says Bourbonais.  “There is no mention by the FCC of a 4K broadcast requirement in the United States in the future and even if there were mention, it would likely be a decade down the road.”

Bourbonais states that the “majority of working production professionals are not working on Hollywood motion pictures or compositing intensive projects” that would require the large amount of data a 4K image provides for post manipulation.

“From a business perspective,” reasons Bourbonais, “why would I burden my post flow (and storage costs) with 4K when 1080p or 2K recorded in Log C is perfectly adequate for a DaVinci final color correction pass?” 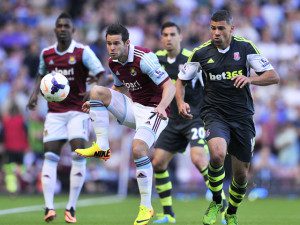 In the quest for better broadcast quality – especially for live sporting events or other special happenings – everyday 4K digital transmission may never come into being.  Or will the better technology be developed for the receiver, only giving us the illusion of a true 4K broadcast?  Without any definite planning in place, we will have to wait for the outcome.  Like the soccer match.  But you won’t have to wait for that.  The score was 0 – 1 Stoke City.  Stay Blogged-in!