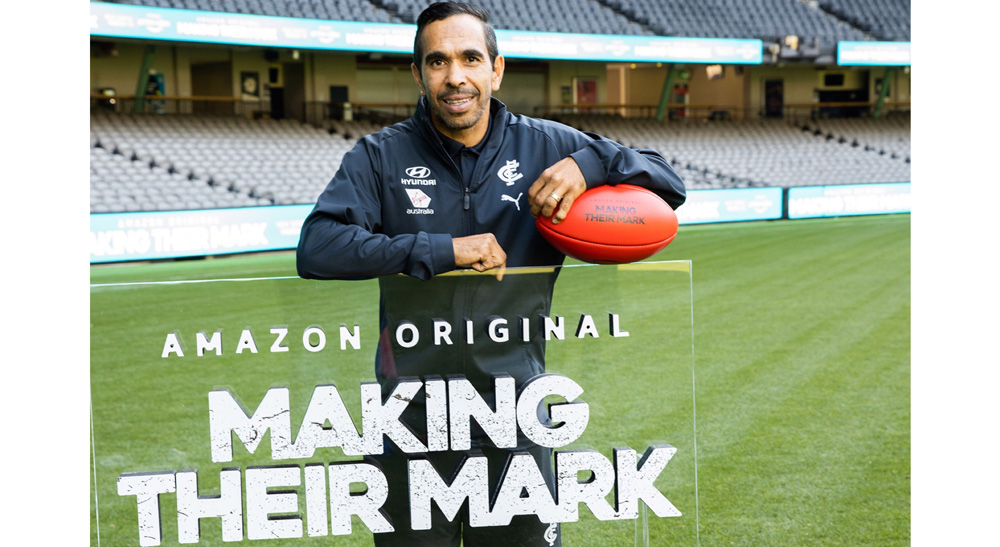 “Making Their Mark” is a seven part series that follows six teams in the Australian Football League, giving viewers a never before view into the league’s teams, players and coaches. Shot during the Covid impacted 2020 season, the series mixes game footage with footage from inside the clubhouses, executive rooms and the player’s personal lives.

To get close to the action on the field and up close to the players and coaches, Melbourne’s JamTV Australia chose to use a number of URSA Mini Pro 4.6K G2 as the main cameras for the production. Pocket Cinema Camera 6K cameras were used for gimble and off speed shots.

DP Matt Koopmans explained: “The reason we went for the Pocket Cinema Cameras and URSA Mini Pros was because we needed to shoot high speed and both these cameras had the ability to do that and were at a price point that worked for the production. For some of the games, we used up to a five Blackmagic camera set ups, with two on ISO, two in the team rooms and one shooting for color commentary.”

Shooting over the entire 2020 season, Jam TV captured more than 2,500 hours and 650+ terabytes of footage, all shot in Blackmagic RAW 8:1, and used more than 20 camera operators across Australia. To capture all of the various types of shots in those 2,500 hours, they relied on the Blackmagic OS’s ability to let them easily switch between frame rates quickly and on the camera’s ease of use.

Koopmans explained: “The functionality of being able to switch quickly from off speed to 25 frames was a big advantage for shooting a sports doc and that’s when the Blackmagic cameras came into their own.

With the operators, this was the first time some of them were using Blackmagic cameras. I would talk through the specifics each week of what was required for the shoots and the guys adapted remarkably well with a camera that they hadn’t had very much experience with. From an operational point of view the cameramen found the cameras very easy to adapt to and we were very happy with the look of the cameras.”

All ingest and offline editing was handled by Spark Post Production with color correction for the series done using DaVinci Resolve Studio by Marcus Herrick of BluePost.

Herrick explained some of the challenges he faced with color correction for the series: “In color grading the series, the biggest challenge was matching Blackmagic RAW with SDR broadcast game footage. The broadcast footage has a very defined ‘look’ baked in and being SDR often had clipped highlights. Thankfully Blackmagic RAW has a lot of dynamic range. It also keys well, which made matching grass and skin tones easier.

Each game shot had a minimum of three separate keys for skin tones, football pitch and highlight control. Bringing the broadcast footage’s highlights into the HDR world, especially stadium lights, gave them a type of HDR ’twinkle’. This required a careful mix of curves and keys to separate the highlights and remove color contamination to bring them up above 100 nits and still look good. I was able to do this all efficiently with DaVinci Resolve.”

“Group grades were really helpful when grading a game from multiple different sources. Being able to set up a look once for each camera and then have it apply to all the instances of the shot in the game was fantastic,” Herrick said.

For the series, BluePost was also tasked with delivering in both SDR and HDR, which included versions in UHD HDR10, HD HDR10, UHD SDR, HD SDR. To do this, they relied heavily on DaVinci Resolve Studio’s tight integration with Dolby Vision for streamlined conversion from HDR to SDR and playback in any HDR format using Blackmagic Design’s DeckLink or UltraStudio capture and playback devices.

“Having had both HDR and SDR deliverables, DaVinci Resolve Studio’s Dolby Vision tools were a lifesaver. Being able to grade in HDR and then have Dolby Vision Analysis give you an SDR version was a massive time saver. To make it even better, the ability to grade HDR on one monitor and simultaneously see SDR on a second monitor, gives you confidence that both versions will look great,” Herrick said.

“The director GiI Marsden and executive producer Luke Tunnecliffe had a clear vision that this show would give unprecedented access to professional Australian rules football that has never been seen outside of the clubs. Quality was key in this production, acquisition and finishing had to be at a world class level. And I think we achieved that with the help of DaVinci Resolve and Blackmagic cameras” said Jason Felmingham, Spark Post Production’s head of post production.

About Spark Post Production
Spark has emerged as one of Melbourne’s most in demand Post houses thanks to recent large scale and long-term bookings from Amazon Prime Video and CBS America. Opening at the beginning of 2020, Spark has created a facility perfect for TV production of all forms, as well as branded content, advertising and corporate communications. Featuring high-end production facilities for offline and online editing, color grading and modern production management spaces, Spark is a space unlike any other. sparkpost.tv