ZURICH, SWITZERLAND, September 17, 2021 — For over a decade, Exstreamer audio over IP codecs from Barixhave been mainstays of radio broadcasters’ technical infrastructures for applications ranging from studio-to-transmitter (STL) and studio-to-studio (SSL) links to remote contribution from the field. The innovative company is building on this extensive experience with the launch of the Exstreamer M400 IP audio decoder, the first model in a new generation of Exstreamer solutions. The new hardware brings the Exstreamer family’s hallmark reliability, flexibility, and cost-effectiveness to a modern, extensible platform with expanded support for the latest technology standards. 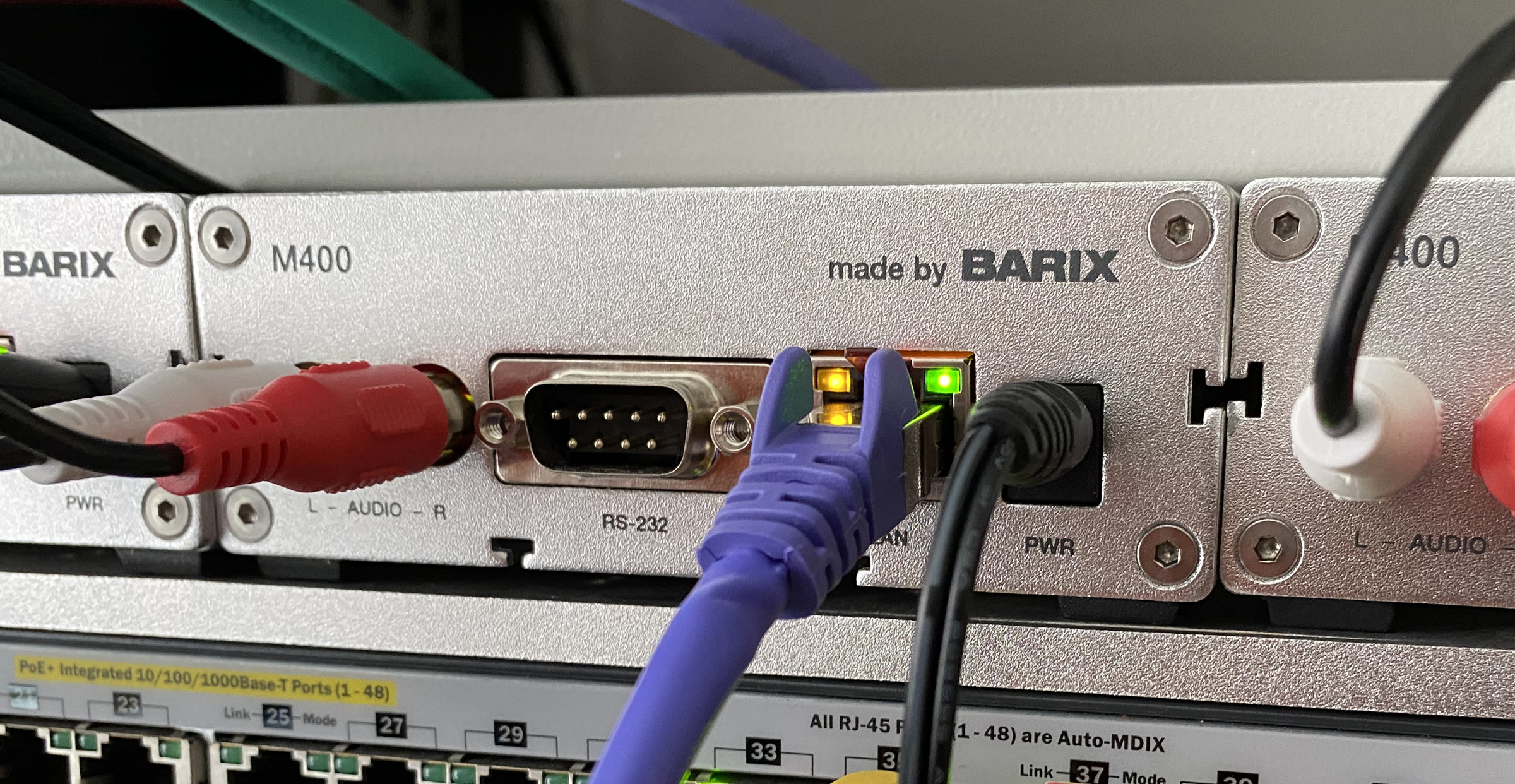 The Exstreamer M400 features stereo, line-level, analog audio output with RCA-type connections and can decode streams in MP3, AAC-HE, FLAC, PCM, Opus, and Ogg Vorbis formats. Newly added AES67 support enables the Exstreamer M400 to instead be configured as a dedicated AES67 receiver and decoder, enabling seamless integration into AES67-based audio-over-IP networks plus interoperability with Dante-compatible devices. The Exstreamer M400 incorporates the full AES67 interoperability guidelines including RTP audio delivery, multicast addressing, and PTP-based synchronization with a separate master clock device. Supported discovery methods include SAP (Session Announcement Protocol), mDNS (multicast DNS), and RTSP, enabling the decoder to automatically identify and list available streams from Dante, Ravenna, and other audio over IP solutions that use these protocols. SDP (Session Description Protocol) information can also be manually inserted for interoperability with third-party solutions that do not support these standards.

The Exstreamer M400 with AES67 support is now shipping. Customers with specific feature requirements are encouraged to contact [email protected] to discuss their needs. For more information, please visit barix.com/exstreamer-m400.

Barix supplies simple and reliable solutions and components to systems integrators and end users worldwide.  We move high-quality audio across IP networks, adding value to customer solutions for two decades with hundreds of thousands of devices installed worldwide.  Background music distribution with dynamic advertising insertion for retail shops, bars and hotels; public address solutions for schools and public spaces; and intercom and entry systems for facility surveillance, protection and security are among the many applications of Barix solutions.  Barix also supports OEM projects for a number of Global 500 listed companies serving many industries worldwide.