Zulu
THE BEAT:
Home » News » disguise welcomes the future of storytelling for a new era of production with its new r18 software launch 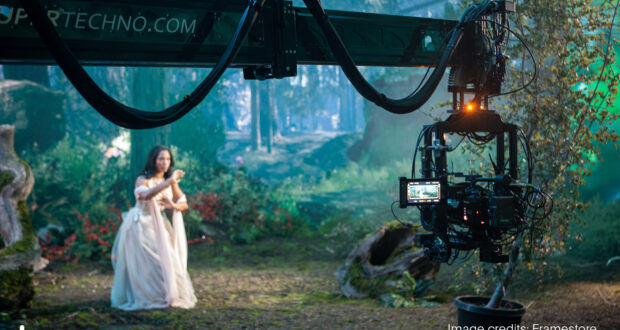 Nearly a year after Katy Perry’s iconic virtual performance at the American Idol Season 18 Finale, disguise has announced the public release of its Extended Reality (xR) solution as part of its r18 software launch.

The award-winning xR workflow utilised by XR Studios to power Perry’s performance has opened up an entirely new world of opportunities in immersive real-time production in the past year, offering a safe and innovative alternative for shows and live events, allowing these to resume virtually.

Backed by the Carlyle Group and Epic Games, disguise has revolutionised xR and virtual production, powering over 230 productions across live entertainment, film and episodic TV, corporate events, and TV and sports broadcast to date. Over 165 disguise xR stages have been built in 35 countries to support the growing demand.

First introduced at the IBC Show in 2018, disguise xR has since undergone intensive field testing and refining as disguise collaborated with a select group of its talented creative and technical partners to turn xR into a robust, reliable and flexible solution for productions of any scale or complexity.

“The xR workflow is making complex things a lot easier. We can implement xR and AR into our disguise workflow and program complete shows including content and live inputs,” says Pim Elberse, Light & Video Programmer at i!-Studio and disguise xR insider. “We see a lot of future in xR – this will change our work in the future.”

The public release of xR will significantly reduce the barrier of entry to cutting-edge productions, unlocking the power to create any world, from one location. disguise xR integrates with leading LED, real-time content and camera tracking technologies to power immersive virtual environments of the highest standards. This technology-agnostic feature gives users the freedom to choose the tools they want to create the story they envision with confidence.

r18 will also release disguise’s much anticipated cluster rendering feature. Developed in partnership with Unreal Engine, disguise cluster rendering will unlock limitless possibilities for immersive content of the highest quality, detail and framerate at any scale. Users can deliver photorealistic scenes to large scale content displays on any surface from installations to corporate displays.

r18 users will also enjoy full support for the ACES cinematic standard. ACES will allow them to own the content colour management process and trust the composite onto the final screen to render truly dynamic and visually engaging output.

disguise is also leading the way in educating and enabling its users and partners to realise ambitious creative projects across virtual production. r18 will see the launch of a brand new virtual production course available for free on the disguise elearning platform, demonstrating how the workflow can help VFX teams push boundaries in film and TV production.

“After more than three years in the making, we are incredibly proud to be bringing our ground-breaking xR solution to the public,” says disguise CEO Fernando Kufer. “With xR there are truly no creative boundaries as we’re enabling anyone to build their stories with the tools they want from one single space. It has truly become the platform of platforms for immersive virtual productions.”

disguise is the platform for creatives and technologists to imagine, create and deliver spectacular visual experiences. Recognised as one of the Financial Times’ top 1000 fastest growing businesses for 2021, disguise has recently announced new majority backing from investment firm The Carlyle Group, with Epic Games taking a minority stake.

disguise xR has already powered immersive real-time productions for music artists such as Katy Perry and Billie Eilish, enterprise businesses like SAP and Lenovo, educational institutions like the University of Michigan, broadcast TV shows like MTV Video Music Awards and America’s Got Talent, commercial brands like Nike and Under Armour and many other virtual experiences in more than 35 countries.