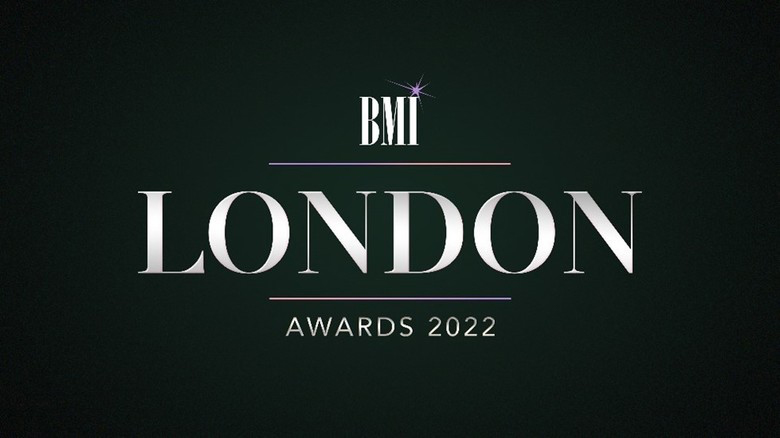 BMI® (Broadcast Music, Inc.®)  today announced that world-renowned singer/songwriter Ellie Goulding will receive the BMI President’s Award at the2022 BMI London Awards. The chart-topping musical luminary will be honoured for herexemplary contributions to the art of music and songwriting. In addition, globally acclaimed singer/songwriter and producer Tems will receive the BMI Impact Award, a recognition given to a songwriter, producer or composer for their ground-breaking artistry, creative vision and impact on the future of music. The private event will return to London’s Savoy Hotel on 3rd October, 2022,and will be hosted by BMI President & CEO Mike O’Neill, and BMI Vice President, Creative, Europe Shirin Foroutan.
“We’re thrilled to be back in person at the Savoy celebrating our BMI family of UK and European songwriters, composers and music publishers,” said Foroutan. “In addition, we’re so proud to honour the extraordinary talent of Ellie Goulding with BMI’s President’s Award. Ellie’s defining voice in music and philanthropic efforts have touched so many, and we can’t wait to celebrate her. We also feel very fortunate to honour internationally acclaimed singer, songwriter and producer Tems for the global impact she’s making on the future of music. It will be a very special evening, and we look forward to acknowledging the achievements of all of the 2022 BMI London Award winners.”
The ceremony also pays tribute to the U.K. and European songwriters and publishers of the previous year’s most-performed songs on U.S. radio and television from BMI’s repertoire of over 18.7 million musical works. The Million-Air Awards, Song of the Year, and awards for Pop, Dance, Film, Television and Cable Television Music will also be presented throughout the evening.

Ellie Goulding burst onto the music scene with her 2010 album Lights and, over the last decade, has become one of the most recognizable names in the industry. Goulding is a multi-platinum-selling, BRIT Award-winning and GRAMMY-nominated British singer/songwriter and has amassed record sales of 18 million albums, 140 million singles and 23 billion streams worldwide and last month, she released her new single “Easy Lover” featuring Big Sean. Ellie currently holds Billboard’s Hot 100 record for the most entries on the chart this century by a British female vocalist and her first three studio albums have been certified platinum, with 18 of her singles holding RIAA certification, and her fourth studio album Brightest Blue (2020) is currently certified gold. Goulding is also a long-standing activist and philanthropist who uses her platform to engage young people with global issues. In 2017, she was awarded the UN’s New Voices Award and became a goodwill ambassador for the UN Environment in recognition of her wider activism. Earlier this year, Goulding also became a TIME100 Impact Award winner and announced her ambassadorship with the WWF.
Goulding has 16 BMI Awards in her collection of accolades, and as a BMI President’s Award honouree, she joins an elite group of previous recipients including Jay Kay of Jamiroquai, Noel Gallagher, Imagine Dragons, P!nk, Brian Wilson, Dwight Yoakam, Willie Nelson, Ludacris, Luis Fonsi, Pitbull and Gloria & Emilio Estefan to name a few.
In addition to honouring Goulding, Tems will be recognised with the BMI Impact Award for the influence she’s made on the future of music. In receiving this honour, she joins previous winnersRAYE and Arlo Parks.
Tems was propelled to a global star on the rise with her 2019 single “Try Me,” followed by her first EP, For Broken Ears (2020) and If Orange Was a Place (2021). Her musical works have received critical acclaim, with Rolling Stone noting that “Tems is the future,” and she counts Drake, Rihanna and WizKid as fans. She duetted with Drake on his dreamy hit “Fountains” and collaborated with WizKid on “Essence,” which earned her a 2022 BET Award for Best Collaboration. Her song “Higher” was also sampled in “Wait For U” by Future and Drake, making Tems the first Nigerian to ever debut at #1 on the Billboard Hot 100 chart. Other accolades include Best International Act at the BET Awards, an International Award at the O2 Silver Clef Awards and Best Collaboration at the MTV Europe Music Awards, to name a few. Currently, Tems can be heard singing Bob Marley’s iconic song, “No Woman No Cry” in the trailer for the upcoming film Black Panther: Wakanda Forever.
Follow BMI on Twitter and on Facebook and use #BMILondonAwards to join the conversation.
ABOUT BMI
Celebrating over 80 years of service to songwriters, composers, music publishers and businesses, Broadcast Music, Inc.® (BMI®) is a global leader in music rights management, serving as an advocate for the value of music. BMI represents the public performance rights in over 18.7 million musical works created and owned by more than 1.2 million songwriters, composers, and music publishers. The Company negotiates music license agreements and distributes the fees it generates as royalties to its affiliated writers and publishers when their songs are performed in public. In 1939, BMI created a groundbreaking open-door policy becoming the only performing rights organization to welcome and represent the creators of blues, jazz, country, and American roots music. Today, the musical compositions in BMI’s repertoire, from chart toppers to perennial favorites, span all genres of music and are consistently among the most-performed hits of the year. For additional information and the latest BMI news, visit bmi.com, follow us on Twitter and Instagram @BMI or stay connected through Broadcast Music, Inc.‘s Facebook page. Sign up for BMI’s The Weekly™ and receive our e-newsletter every week to stay up to date on all things music.