MIAMI (AP) — Spanish-language TV host Don Francisco ended a 53-year career Saturday night, offering a last, emotional show in which President Barack Obama and his wife praised him by video and a constellation of Latin American pop stars thanked him for advancing their careers. 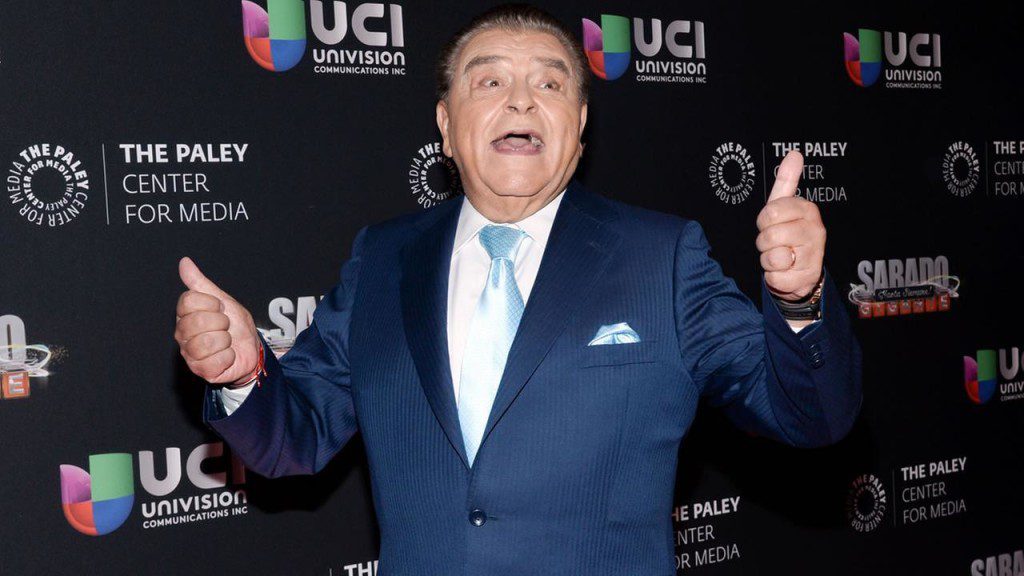 Don Francisco, whose real name is Mario Kreutzberger, praised his production team and fellow performers for making the show such a long-running success.

“Sábado Gigante” was seen in millions of households in the U.S. and Latin America and holds the world record for the longest-running variety program with the same host.

“A show is not done by one person,” Don Francisco said as he bade farewell to his audience. “It is done by a team, by many people, many of whom you do not see, you do not know who they are, but they work hard, they put their hearts into it and their talent into it.”

Some of the celebrities who made brief appearances include Enrique Iglesias, Gloria Estefan, Shakira, Marc Anthony, and Mayor Eric Garcetti of Los Angeles.

Iglesias reminisced about being scared and nervous during his first appearance on the show, and thanked Don Francisco for helping him reach success.

Marc Anthony appeared by video and recalled being on the show for the first time in 1993.

“That was a very important moment for me,” Marc Anthony said, “because I was young and insecure and I felt as if I had graduated, and then I was surprised to find out that my father was there.”

Colombian pop singer Juanes thanked Don Francisco “for giving me all your support, in good times and bad, I thank you and your entire team.” Spanish opera singer Placido Domingo and pop star Shakira also sent him best wishes via video.

Jorge Ramos, the Univision journalist who recently made headlines after being thrown out of a news conference with Donald Trump, praised Don Francisco for being not only entertaining but also informative.

Among the staff, there were mixed feelings about saying goodbye.

“Obviously there is sadness in the team because an era is coming to an end, but we should be happy and proud of everything we’ve achieved through this show,” said Cristian de la Fuente, one of the show’s regular performers.

Don Francisco was joined onstage by his brother, his wife, his children and several grandchildren.

After the show, Don Francisco told a group of reporters that he would continue to work in media, but gave no details.

“I never thought we would get this reaction. It’s very emotional to see that this show had such an impact, that we showed to the very last day how professional we are,” he said.