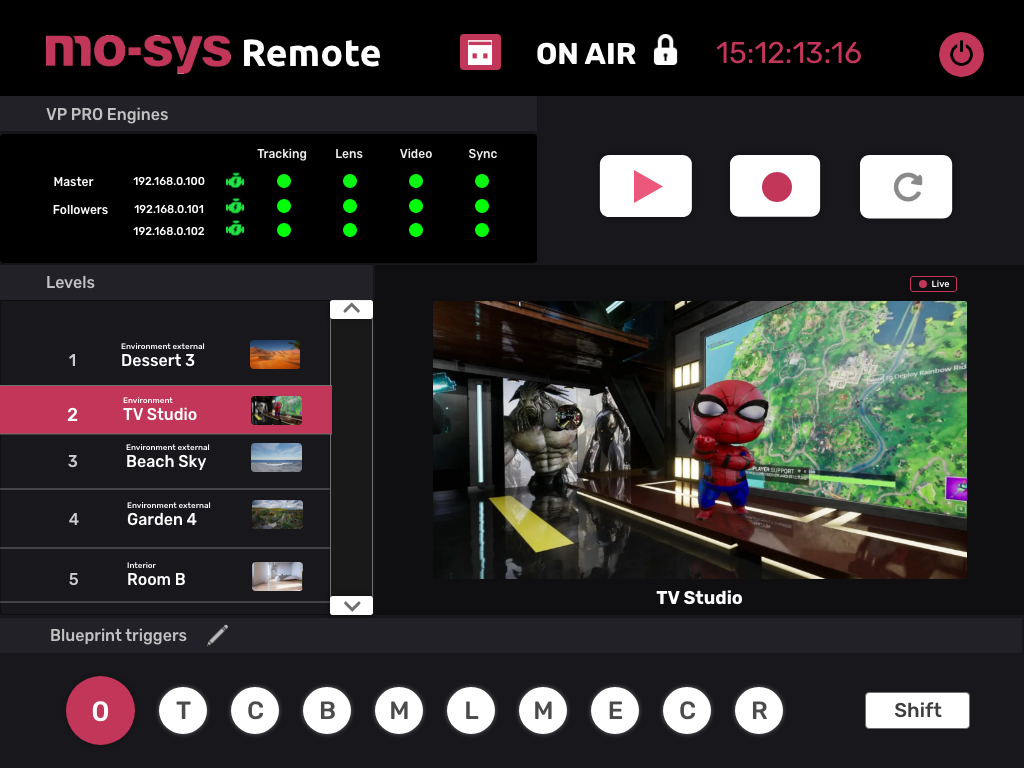 Mo-Sys™ Engineering (www.mo-sys.com), a world leader in virtual production and image robotics, today announces the launch of Mo-Sys VP Pro 4.27 with a raft of new features that will support Epic Games’ Unreal Engine 4.27. During the preview period of Unreal Engine 4.27, Mo-Sys has used the new update to complete a full multi-camera shoot with Amazon. The update was also put through a comprehensive, multi-camera technical rehearsal for a major Netflix production.

Mo-Sys has been working on expanding the feature set and capabilities of VP Pro, which runs inside Unreal Engine Editor, for some time now and will launch the new version on the same day as Epic Games’ Unreal 4.27. The VP Pro 4.27 upgrade brings four new key features; an improved compositor, NearTime® rendering, an online lens distortion library, and remote control capability.

Michael Geissler, CEO Mo-Sys Engineering Ltd., said, “Virtual production is seeing a real surge, but it does bring challenges. Typically, directors and cinematographers must make continuous calculations to make the real and virtual elements match in post-production. This is often a costly and repetitive process. Mo-Sys is a pioneer in providing a platform for graphics rendering as well as camera and lens tracking to create higher quality virtual productions. With VP Pro 4.27 we have made it even easier to produce seamless, high-end productions and we are also unique in making our 4.27 update available on the same day as Epic Games launch Unreal Engine 4.27.”

Mo-Sys has done a complete overhaul of its internal compositing system, to change the way compositing is handled across all modes. The latest update of VP Pro now provides improved support for high-end graphics features, such as refraction, and delivers a 15% performance improvement. Other features include:

·       Support for reflection and refraction of video in CG objects

The updated VP Pro 4.27 also widens the Beta program for the new NearTime® rendering workflow to give access to more users. NearTime is an automated, cloud-based re-render that dramatically increases and homogenises the visual quality, and allows for higher resolutions (UHD, 4K, 8K), without the performance restrictions of real-time. The moment the shot is complete, a high-quality, high-resolution optimized, cloud-based NearTime render starts – with no compromise on performance or visual quality. With NearTime, you can “turn up all the dials” for unrestricted real time quality and do it at a fraction of the cost of completing the process in post-production.

As part of the 4.27 update, Mo-Sys is also launching its online lens distortion library giving users access to a wide selection of calibration tools and allowing them to tweak their lenses on-set in a highly cost-effective way.

New for VP Pro 4.27, the VP Remote iPad interface is fully customizable and supports control of multiple engines, and camera chains, from a single control panel. The Beta version was trialled at the technical rehearsal with Netflix.