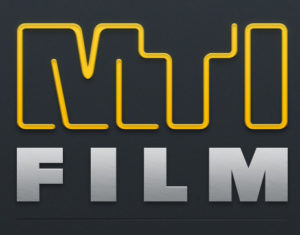 Innovative feature can help slash restoration costs by reducing the need for manual dust and debris removal by as much as 70 percent.

LAS VEGAS—At NAB 2019, MTI Film is demonstrating a groundbreaking, new feature of DRS™Nova, its industry-leading digital restoration software, offering significantly improved performance in the automatic removal of dust, fleeting scratches, and debris. Based on newly-developed algorithms, the software tool, dubbed AutoClean, can reduce the need for manual dust and debris removal by as much as 70 percent.

Dust and fleeting scratch removal are among the most common tasks in film restoration, and the most time-consuming. Currently, tools for automating the process are limited in their effectiveness due, in part, to their inability to distinguish unwanted flaws from certain details in the source material, such as fast-moving objects that appear in only a few frames. DRS™Nova’s new cleaning tool is far better at recognizing the difference between unintended artifacts and authentic film elements, vastly reducing the need for manual intervention.

AutoClean promises to significantly reduce the time required to restore films, saving restoration facilities considerable costs and making the restoration of many more films economically feasible. “Film libraries, especially, will benefit as it will allow them to restore and preserve many more titles stored in their vaults,” said MTI Film CEO Larry Chernoff. “This new tool represents a major advance in film restoration, and we look forward to sharing it with our customers and the wider film community.”

The automated repair of dust, debris, scratches and other by-products of aging film has been a core feature of MTI Film’s digital restoration technology since its inception more than 25 years ago. In development for more than a year, AutoClean is based on all-new algorithms for image analysis that are able to identify artifacts with an extraordinarily high degree of accuracy. The company expects the tool to be ready for commercial release later this year.

AutoClean will be incorporated into a new version of DRS™Nova that will include many other added tools and improvements. Among them will be Alpha Filter support for scanners, a feature that will further accelerate the dust-busting process, and GPU acceleration for automating stabilization, de-warp and de-flicker operations. The software will also allow the import and export of EDLs. Additionally, the new DRS™Nova will include support for TIFF and EXR image formats.