I recently upgraded my iPhone 11 to the new model 14 Pro Max. The image quality is astounding for a consumer device. I have owned professional ENG video cameras in the past, but never one with this high level of image quality.

As with any video camera — no matter its quality or cost — using the device correctly is essential for good images. Just to aim and shoot might be OK for amateur ‘quick and dirty’ videos, but professional images take a bit more care and attention to detail.

Here are some steps to get pro quality video from the latest top iPhone models: 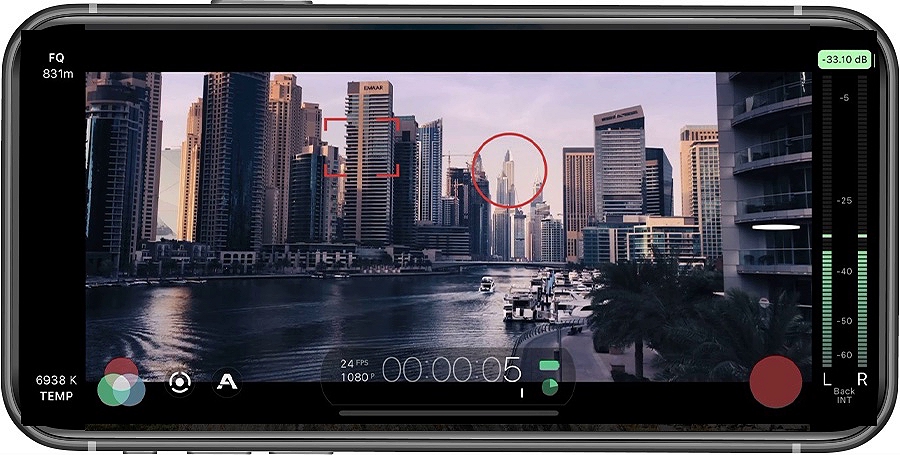 Though Apple’s included camera app is fine for casual use, I recommend using FiLMiC Pro (about $15 with extras) for more professional video production. This app has long been the most the popular video capture app for iPhones and some models of Android smartphones. It keeps getting better and offers a lot of capability for a reasonsable cost.

The app, with its cinema add-ons, now enables the maximum dynamic range of the phone’s camera with 10-bit SDR capture capability and a LogV3+ gamma profile that enables color grading. It also supports Frame. Io’s Camera to Cloud (C2C) technology.

FiLMiC Pro supports Flat+ and Log V3+ gamma curves when shooting ProRes 709 video. Apple’s ProRes is a lossy video compression format for use in post that supports video resolution up to 8K. The ProRes family of codecs use compression algorithms based on the discrete cosine transform (DCT), like the H.26x and MPEG standards. 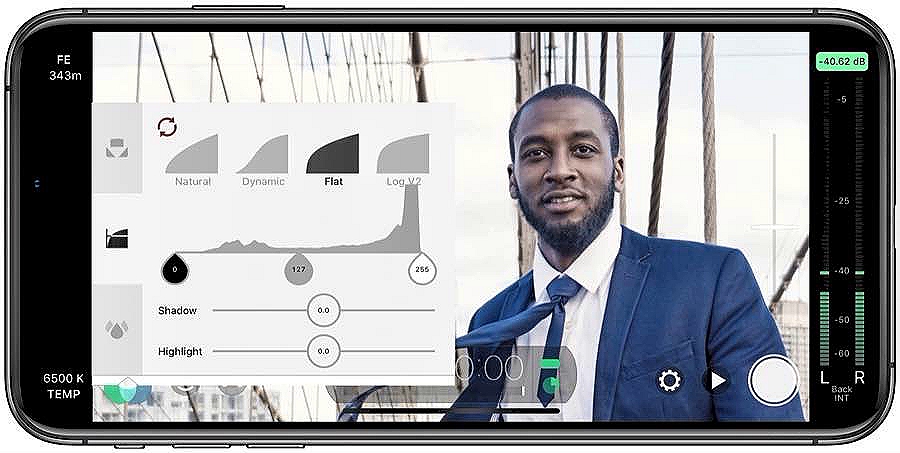 When you begin using an iPhone 14 Pro Max for video, make sure to set-up the device properly. Don’t just hit the video mode and start rolling. For best quality, shoot in 4K with a frame rate of 24fps. For slow-motion, 4K at 60fps allows the footage to be slowed down by 40 percent. In HD mode, slow-mo images can be shot at 240fps.

The iPhone 14 has Cinematic Mode, which implements digital blurring or bokeh to simulate the way a standalone camera and lens capture depth in a scene. It also simulates focus pulling. With a tap, the user can change focus between subjects in a scene. Experiment with the feature, but don’t depend on it. Simulate is the operative word here. Cinema Mode is still imperfect at this stage of development.

These ProRes files are quite large. A minute of 10-bit HDR ProRes is about 1.7GB for HD and 6GB for 4K. Be certain there is enough storage space on the iPhone for these huge files. Again, the setting for ProRes is found in the Camera settings.

It is also important to lock the exposure and focus on the iPhone before recording. It can be jarring for a viewer when the exposure suddenly changes or the focus jumps in a video. While recording video on the iPhone, focus and exposure is locked by holding down on the screen atop the area being focused on.

As with all video cameras — including the most expensive models — lighting really matters. This is especially true with the iPhone. If you have no artificial light, use natural light wisely. Remember that the difference in an iPhone and a far more expensive cinema camera like the Alexa or RED is the iPhone’s small sensor size. Though the iPhone 14 Pro Max shoots much better in low light than previous models, quality of light is still important. 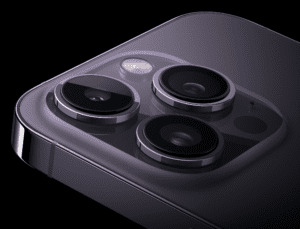 A small LED or a ring light for the iPhone can make a major difference in picture quality. Any serious user of the iPhone for professional video needs to learn basic lighting. The footage may look fine without light, but professional results require paying attention to light control.

One of the biggest mistakes amateurs make using the iPhone is excessive camera movement. Even with vastly improved image stabilization, too much camera movement is distracting. Always keep the image as steady as possible. Hold the camera with both hands and keep your arms close to the body when shooting.

With the iPhone 14 Pro Max, a new Action Mode uses the full sensor with a slight crop-in to correct for excess movement. It could negate the need for a gimbal in some cases. However, a limitation to Action Mode is it only works up to 2.8K at 60fps and needs a lot of light to do so. For smoother 4K footage, it is best to use a gimbal.

A good gimbal for the iPhone is DJI’s Osmo Mobile 6 Smartphone Gimbal Stabilizer ($160), a three-axis gimbal. Using such a gimbal instantly smooths out video footage and can add interesting and controlled movement to a shot.

Audio is another major consideration for iPhone users. Avoid the internal mic in an iPhone. Wind noise can overwhelm internal mics. An outboard mic is always best. 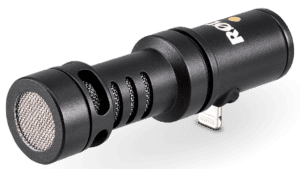 A low-cost mic for the iPhone is RØDE’s VideoMic Me-L ($80). It plugs into the iPhone’s Lighting port and offers good directionality for reducing surrounding noise. The VideoMic has a 3.5mm headphone jack on the end to monitor sound and comes with a decent windscreen.

Of course, good sound is paramount in all video, including iPhones. Small 2.4 GHz wireless mics are excellent for two-person interviews, standups and Vlogs, as well as outboard audio recorders for double system sound.

Within the iPhone universe there are literally tons of external lenses, mounts, cases, tripods and other accessories. What makes the iPhone so useful is it can be outfitted for virtually any kind of video production.

For me, the iPhone is useful because I always have a high-quality video camera in my pocket. In its basic form, one can make amazingly good video images on the fly. When equipped with the proper accessories, it can make professional quality video images. That is a remarkable feat in itself.