Venom: Let There Be Carnage, marking Tom Hardy’s return to the big screen as the lethal protector Venom, one of MARVEL’s greatest and most complex characters, proves a worthy successor to the hit 2018 original through its imaginative storytelling, outstanding performances, breakthrough visual effects and superb, action-packed soundtrack. Directed by Andy Serkis, written by Kelly Marcel with the story by Tom Hardy and Marcel, the film finds the shaky marriage between investigative journalist Eddie Brock and the alien symbiote Venom, both played by Hardy, beginning to crumble just as they face an existential threat from condemned serial killer Cletus Kasady and the supervillain Carnage, both played by Woody Harrelson.

Venom: Let There Be Carnage revives many of the sonic elements deployed with spectacular effect in the first film, while extending them in significant ways. Notably, richly textured sound treatments underscore the growing tension between Eddie and Venom as they carry on a bickering banter and occasionally lapse into all-out war. “In the first film, Venom had just 66 lines of dialogue, while in this film he speaks more than 400 times,” says Oakley. “The relationship between the two characters has deepened and become more nuanced. They love each other, and can’t live without each other, but they also drive each other crazy and sometimes come to blows. Sound plays an important role in underscoring their highs and lows.” 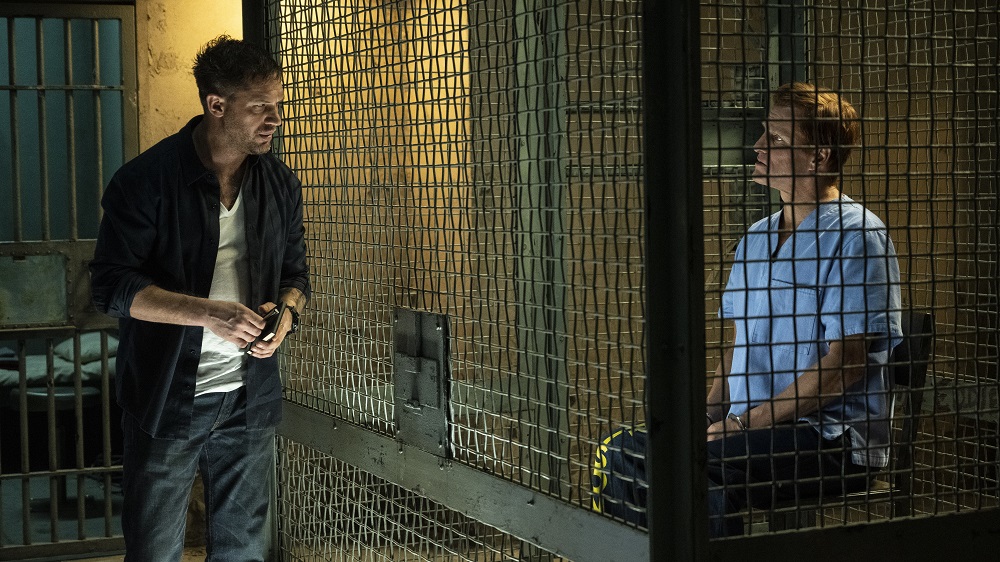 While the characteristic sounds made by Venom were established in the first film, Carnage’s sonic identity had to be created from scratch. Sound Editors Sam Fan, Ken McGill, Chris Terhune and Matt Yocum worked in parallel with visual effects production to create his menacing physical reality. “Venom and Carnage are both super strong and agile, and they can change shape at will, but there are distinct differences between them visually and sonically,” explains Asgar. “Venom is like an octopus. His movements are fluid and have a liquid quality. Carnage is more like a crustacean. His tendrils are finer and thinner. You can hear the crunch of cartilage when he moves.”

It took several iterations to home in on Carnage’s character and get his signature sound just right. “The editors came up with a myriad of options for both Carnage and Venom,” Asgar recalls. “The imagination they brought to the task was amazing and ultimately, they nailed it.”

Asgar notes that sound editorial was largely carried out remotely with members of the team working from home due to pandemic restrictions. Nonetheless, they were able to collaborate normally thanks to Sony’s 360 VME technology. The software uses proprietary algorithms to simulate physical spaces and speaker configurations so that people in different locations can hear the same spatial sound through headphones. “The VME headphones were our savior,” Asgar says. “It was critical for the sound editors and it allowed Andy to listen in from London, as well as picture editor Maryann Brandon from her home.”

Foley sound also played a crucial role in accenting the differences between the two symbiotes and making them appear real. Hecker and his crew developed idiosyncratic sounds and performances to support the unique ways Venom and Carnage move, fight and change their appearances. “We created a library of detailed body movement sounds for Carnage using celery, gravel and lava rocks,” Hecker observes. “He’s a bony guy. We took a similar approach for his transformations. We made his tentacles sound as though they are bursting from his body in a violent and menacing manner.” 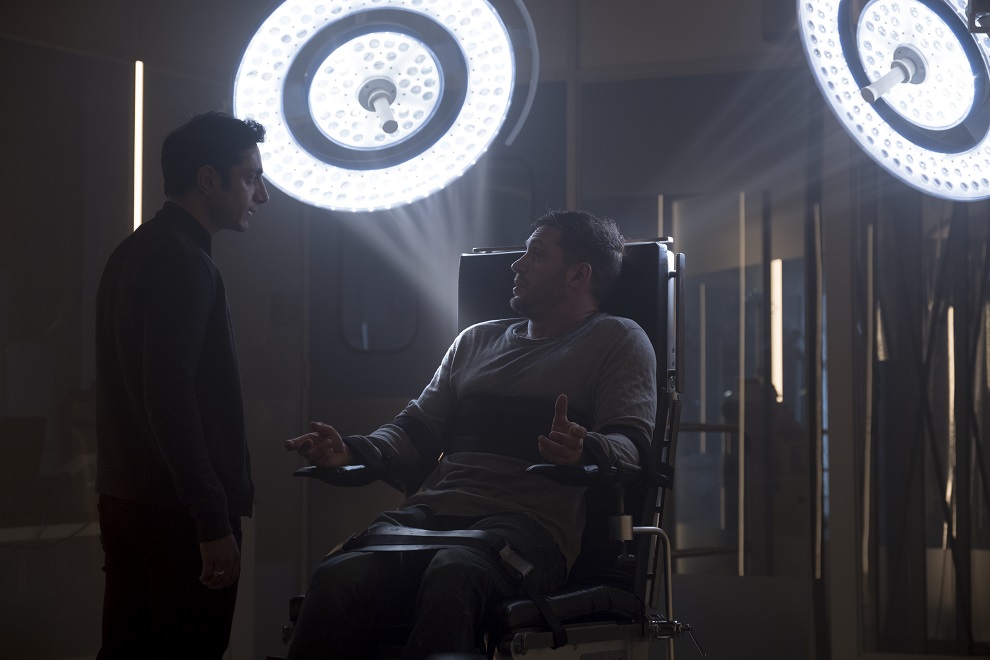 Hecker points to a scene set in an execution chamber. Cletus is strapped to a gurney that begins to shake uncontrollably as he receives a dose of lethal chemicals when Carnage appears. “We recorded a huge metal chair with wheels on a big, resonant metal surface for the shaking gurney and slapped leather straps against cement for the sound of Cletus’s restraints popping free,” Hecker recalls. “For Carnage, we used celery and other crunchy objects for his bristling bones and transforming tentacles. When he breaks free and begins marauding through the prison, all hell breaks loose. We recorded breaking glass, smashing concrete and crumbling rocks.it was full Carnage mayhem It was crazy.”

The film’s numerous action scenes presented unique challenges for the mix team. In some instances, Eddie, Venom, Cletus and Carnage are on screen at the same time, doing battle while exchanging verbal jabs. O’Connell, Files and Borders had to seamlessly blend multiple layers of sound effects with dialogue and music. “Clarity was essential,” notes Borders. “The action is intense, and the audience needs to know who is doing what at every moment. And in this film, Venom does a lot of talking during the fight scenes and people need to hear every word he says. With all those ingredients, we had to be diligent in choosing what you hear and when you hear it. Often removing sound is just as important as adding it.”

One of the film’s most complex sequences, from a sound standpoint, is also one of its funniest as Venom prepares breakfast for Eddie. The symbiote races around Eddie’s apartment grabbing pans and tossing food around. “Everything Venom does is over the top,” Borders says. “He doesn’t make one pancake, he makes 30. He spills things. He turns on a blender without its lid. Everything is happening at once. The toaster dings, eggs crack, a smoke alarm goes off…and Venom is singing. Each of those sounds contributes to the comedy.”

As with other aspects of sound post-production, the effort applied to perfecting the comic timing resulted in a more enjoyable experience for the audience. “We faced some challenges with the sound effects, the Foley, the voices and other elements, but we are very proud of how the final product sounds. It’s a fun movie!”

Venom: Let There Be Carnage can now be seen nationwide, exclusively in movie theaters.