The Joy of Building Heathkits at the Kitchen Table 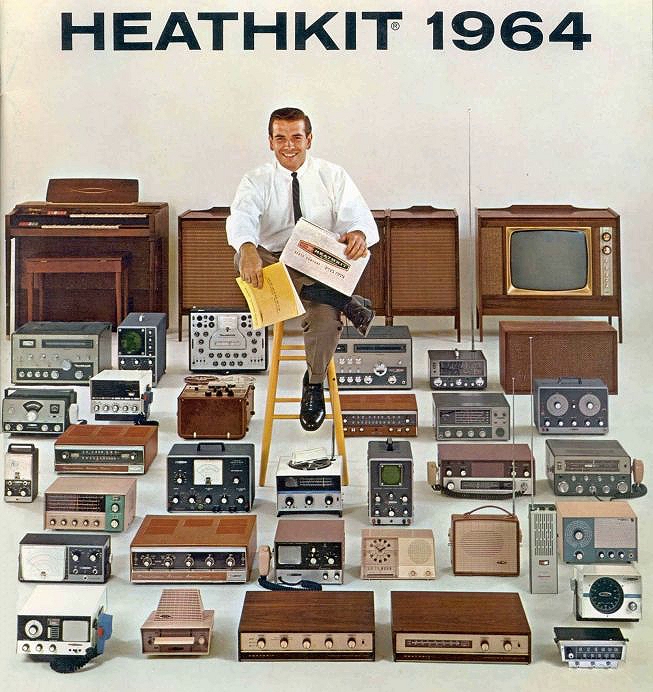 Remember a time in the analog era when engineering was comprehensible and electronic devices could be built in kit form at a kitchen table? If you do, you probably remember the Heath Company, maker of those magnificent electronic puzzles called Heathkits.

Like so many other amateur home-brew engineers in the 1960s, I spent many a happy hour assembling those beloved DIY kits. It was a simple pleasure of my generation — the odd task of taking a bag of miscellaneous electronic parts and then testing your patience and skills to construct something that was actually useful in your life.

Kit building was fun while it lasted. It all ended in 1992, when the Heath Company announced the end of its popular electronic kits. The kits ranged from simple radios to a giant and very complex color television set. The kit business had lasted less than 50 years.

The demise of kit building is easy to understand. Electronics in the age of computers were miniaturized and circuits became integrated. Just look inside an iPhone or modern PC and think of trying to build that device with a soldering pencil at home.

Also, Heathkits ran head-on into the “instant gratification society,” a Heath company official said. People no longer had an interest in spending hours building electronic devices when they could buy them mass assembled for less money.

Heathkits began during the roaring 20s when former barnstormer Ed Heath started selling airplane kits. After Heath died in a crash on a test flight, the company started making electronic kits. The first Heathkit — a five-inch oscilloscope priced at $39.95 — was introduced in 1947.

I lost track over the years of how many Heathkits I’ve built. I began with a basic radio and finished by assembling a high-fidelity amplifier. The smaller stuff always appealed to me because I could finish the kit in two or three days.

Building a Heathkit for me as a teenager meant taking over the kitchen in my house. I’d use every available muffin pan and small bowl to hold the dozens of resistors, capacitors, screws and washers that came with the kits. And, there was the too-short cord to the soldering pencil, which my baby brother always seemed to trip over. 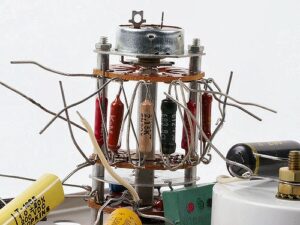 My mother routinely became impatient after the third day. “When will you finish that thing and clean up this mess?” she’d ask me in a very annoyed tone. My estimated completion dates were always highly optimistic.

The moment of truth for every builder of Heathkits was when the kit was finished and it was time to test it. This meant plugging it into an electrical outlet and turning the power switch on.

This always made me nervous. I tried to think of all the mistakes I could have made that might cause the kit to blow up and burn the house down. At this tense moment of truth, I’d back away from the kit, fully expecting the worst.

The fact was those kits always worked the first time. I never had a failure, and the smoke and fire never came. The kits were so reliable and well-designed that I never had a failure. Those great kits made you feel good about yourself and your skills and were real builders of self-esteem.

Heathkit manuals were themselves a work of art. Few things today are as well written. The company really meant it when they said: “We won’t let you fail.” Once you had mastered your soldering skills and learned to follow the step-by-step instructions through that maze of tiny parts, there was little that could go wrong.

If you failed to successfully build a Heathkit, the fault was your own patience and temperament. The kits themselves were perfection. People were always the problem.

The best kits, in my opinion, used vacuum tubes, which glowed warmly and offered a true analog feel. Just like the days when an owner could fix anything that went wrong with a Volkswagen Beetle. Kits with “solid-state” components never were satisfying to me.

Now that we live in a world where everything is based on the “ones” and “zeros” of computers, the glamour of DIY electronic kits has largely faded away.  But the memory of understanding the circuitry and having built a device yourself never fades. It was a unique experience of the baby boomer generation.