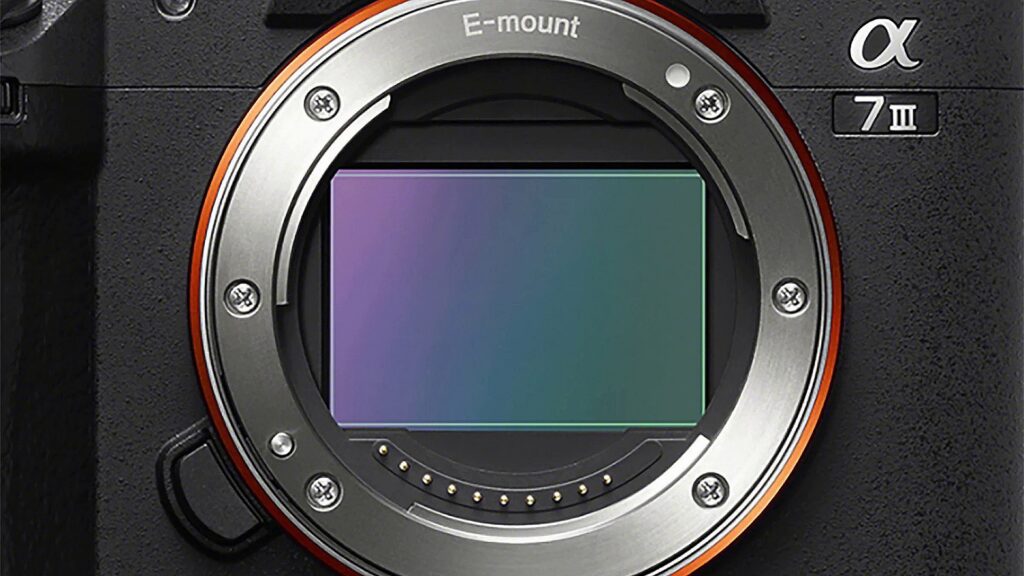 The heart of every modern video camera is the image sensor, a device that converts the light and color spectrum into electrical signals for the camera to convert into digital information. Since the first CCD sensor arrived in the mid-1970s, solid state sensors have been used in all video cameras.

The first sensors for visible light were video camera tubes, which date back to the 1930s. By the early 1990s, camera tubes had been replaced by solid-state CCD image sensors. The basis for sensors was metal oxide semiconductor (MOS) technology, which originated from the invention of the MOSFET by Mohamed Atalla and Dawon Kahng at Bell Labs in 1959.

Since then, sensors have steadily improved. In June, 2022, Samsung Electronics announced it had created a 200-million-pixel image sensor in a two by 1.4-inch lens. 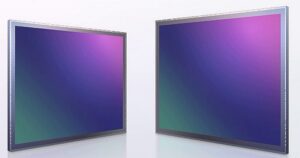 Regardless of the type of digital sensor used in a camera, all are small flat silicon panels with the same function — to capture light and convert it into electrical signals.

CMOS sensors were traditionally used in lower-cost, battery-operated consumer video and still cameras having low power consumption requirements. CCD sensors were normally used for high-end broadcast quality video cameras. In recent years, however, both types of sensors have improved so much, they can now be found on all types of video cameras at all price points.

There is a minor technical difference between CCD and CMOS sensors. With a CCD image sensor, pixels capture light and move it toward the edge of the sensor, where it’s converted into a digital signal. In a CMOS device, the light is converted in the pixel itself. 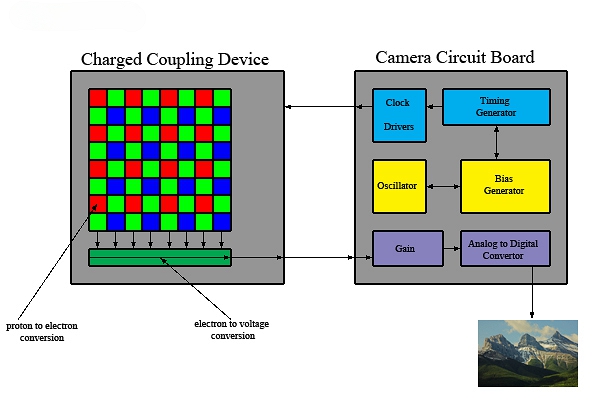 This subtle difference between the two types of sensors comes in power requirements. Since the signal doesn’t have to be transported to the edge of the chip for conversion, a CMOS sensor requires less electricity to operate.

Another factor that determines image quality is the physical size of the sensor. Larger sensors capture more light than smaller ones, even if they have fewer pixels. The reason is these pixels, while fewer in number, are larger and can capture more light. 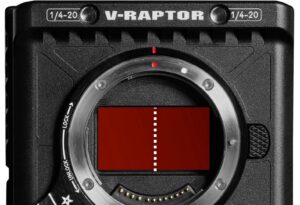 Crop factor is another consideration in choosing a video camera. This refers to the field of view for an image when comparing smaller sensors against a full frame sensor. This is why an APS-C-sized sensor has a smaller field of view than the wider field on a camera with a full-frame sensor.

Also, since a smaller sensor has a greater crop factor, the focal length of a shot must be shorter to achieve the same look as with a larger sensor. In this case, the camera operator must move the camera with the smaller sensor further away from the subject to attain the same field of view. This increases the depth of field, meaning the smaller the sensor, the more difficult it can be to achieve a shallow depth of field look.

Image sensor size, pixel density, crop factor and signal-to-noise in a camera are all important factors that determine the image quality of a video camera. Consider your workflow and type of project in choosing the correct camera for the job.